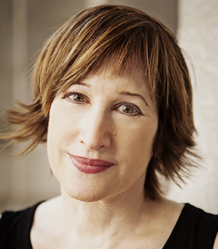 When I first heard that students at my university had staged a protest over an essay I’d written in The Chronicle Review about sexual politics on campus — and that they were carrying mattresses and pillows — I was a bit nonplussed. For one thing, mattresses had become a symbol of student-on-student sexual-assault allegations, and I’d been writing about the new consensual-relations codes governing professor-student dating. Also, I’d been writing as a feminist. And I hadn’t sexually assaulted anyone. The whole thing seemed symbolically incoherent.

According to our campus newspaper, the mattress-carriers were marching to the university president’s office with a petition demanding "a swift, official condemnation" of my article. One student said she’d had a "very visceral reaction" to the essay; another called it "terrifying." I’d argued that the new codes infantilized students while vastly increasing the power of university administrators over all our lives, and here were students demanding to be protected by university higher-ups from the affront of someone’s ideas, which seemed to prove my point.

The president announced that he’d consider the petition.

Still, I assumed that academic freedom would prevail. I also sensed the students weren’t going to come off well in the court of public opinion, which proved to be the case; mocking tweets were soon pouring in. Marching against a published article wasn’t a good optic — it smacked of book burning, something Americans generally oppose. Indeed, I was getting a lot of love on social media from all ends of the political spectrum, though one of the anti-PC brigade did suggest that, as a leftist, I should realize these students were my own evil spawn. (Yes, I was spending a lot more time online than I should have.)

Being protested had its gratifying side — I soon realized that my writer friends were jealous that I’d gotten marched on and they hadn’t. I found myself shamelessly dropping it into conversation whenever possible. "Oh, students are marching against this thing I wrote," I’d grimace, in response to anyone’s "How are you?" I briefly fantasized about running for the board of PEN, the international writers’ organization devoted to protecting free expression.

Things seemed less amusing when I received an email from my university’s Title IX coordinator informing me that two students had filed Title IX complaints against me on the basis of the essay and "subsequent public statements" (which turned out to be a tweet), and that the university would retain an outside investigator to handle the complaints.

I stared at the email, which was under-explanatory in the extreme. I was being charged with retaliation, it said, though it failed to explain how an essay that mentioned no one by name could be construed as retaliatory, or how a publication fell under the province of Title IX, which, as I understood it, dealt with sexual misconduct and gender discrimination. ...

I wrote back to the Title IX coordinator asking for clarification: When would I learn the specifics of these complaints, which, I pointed out, appeared to violate my academic freedom? And what about my rights — was I entitled to a lawyer? I received a polite response with a link to another website. No, I could not have an attorney present during the investigation, unless I’d been charged with sexual violence. I was, however, allowed to have a "support person" from the university community there, though that person couldn’t speak. I wouldn’t be informed about the substance of the complaints until I met with the investigators.

Apparently the idea was that they’d tell me the charges, and then, while I was collecting my wits, interrogate me about them. The term "kangaroo court" came to mind. I wrote to ask for the charges in writing. The coordinator wrote back thanking me for my thoughtful questions. ...

And there are a lot of grudges these days. The reality is that the more colleges devote themselves to creating "safe spaces" — that new watchword — for students, the more dangerous those campuses become for professors. It’s astounding how aggressive students’ assertions of vulnerability have gotten in the past few years. Emotional discomfort is regarded as equivalent to material injury, and all injuries have to be remediated.

Most academics I know — this includes feminists, progressives, minorities, and those who identify as gay or queer — now live in fear of some classroom incident spiraling into professional disaster. After the essay appeared, I was deluged with emails from professors applauding what I’d written because they were too frightened to say such things publicly themselves. My inbox became a clearinghouse for reports about student accusations and sensitivities, and the collective terror of sparking them, especially when it comes to the dreaded subject of trigger warnings, since pretty much anything might be a "trigger" to someone, given the new climate of emotional peril on campuses.

I learned that professors around the country now routinely avoid discussing subjects in classes that might raise hackles. A well-known sociologist wrote that he no longer lectures on abortion. Someone who’d written a book about incest in her own family described being confronted in class by a student furious with her for discussing the book. A tenured professor on my campus wrote about lying awake at night worrying that some stray remark of hers might lead to student complaints, social-media campaigns, eventual job loss, and her being unable to support her child. I’d thought she was exaggerating, but that was before I learned about the Title IX complaints against me. ...

The Title IX bureaucracy is expanding by the minute. A recent emailed update from my university announced new policies, programs, hires, surveys, procedures, websites, and educational initiatives devoted to sexual misconduct. What wasn’t quantified is how much intellectual real estate is being grabbed in the process. It’s a truism that the mission of bureaucracies is, above all, to perpetuate themselves, but with the extension of Title IX from gender discrimination into sexual misconduct has come a broadening of not just its mandate but even what constitutes sexual assault and rape.

Ambivalent sex becomes coerced sex, with charges brought months or even years after the events in question. Title IX officers now adjudicate an increasing range of murky situations involving mutual drunkenness, conflicting stories, and relationships gone wrong. They pronounce on the thorniest of philosophical and psychological issues: What is consent? What is power? Should power differentials between romantic partners be proscribed? Should eliminating power differences in relationships even be a social goal — wouldn’t that risk eliminating heterosexuality itself?

Many of the emails I received from people teaching at universities pointed out that I was in a position to take on the subjects I did in the earlier essay only because I have tenure. The idea is that once you’ve fought and clawed your way up the tenure ladder, the prize is academic freedom, the general premise being — particularly at research universities, like the one I’m fortunate enough to be employed at — that there’s social value in fostering free intellectual inquiry. It’s a value fast disappearing in the increasingly corporatized university landscape, where casual labor is the new reality. Adjuncts, instructors, part-timers — now half the profession, according to the American Association of University Professors — simply don’t have the same freedoms, practically speaking.

What’s being lost, along with job security, is the liberty to publish ideas that might go against the grain or to take on risky subjects in the first place. With students increasingly regarded as customers and consumer satisfaction paramount, it’s imperative to avoid creating potential classroom friction with unpopular ideas if you’re on a renewable contract and wish to stay employed. Self-censorship naturally prevails. But even those with tenure fear getting caught up in some horrendous disciplinary process with ad hoc rules and outcomes; pretty much everyone now self-censors accordingly.

When it comes to campus sexual politics, however, the group most constrained from speaking — even those with tenure — is men. No male academic in his right mind would write what I did. Men have been effectively muzzled, as any number of my male correspondents attested.

Laura Kipnis, the Northwestern University professor who became the subject of two Title IX complaints after publishing an essay in The Chronicle Review, has been cleared of wrongdoing by the university under the federal civil-rights law, which requires colleges to respond to reports of sexual misconduct.

Ms. Kipnis said in an interview today that she received two letters Friday night from the law firm Northwestern had hired to investigate both complaints. In each case, the firm judged that the ”preponderance of evidence does not support the complaint allegations.”

This is not a tale of martyrdom. You missed the point. It is a story of attempting to suppress anything that hurts your feelings. Because, you know, we have to protect the feels.

Jim, I think you've missed the point. But I guess you've never had your livelihood threatened, have you? Or worked in an environment in which simply doing your job exposes you to loss of livelihood. Consider yourself lucky.

In other words, a Title IX complaint was made and the investigator summarily threw it out on its face.

Leave it to academe to make this an "inquisition" and a tale of martyrdom.

You can bet that this has had the effect of shutting up a lot of other professors who would otherwise question any other progressive cause célèbre.

Radical progressives want the total victory but are smugly satisfied with at least disrupting or ruining the lives of those who disagree, impacting the families of those they accuse, and sending a message of threat to others. Truth and morality are not important to them.

This game will continue until those making frivolous and false accusations are made to pay heavily. Meanwhile, colleges continue to distance themselves from the mainstream.

"With students increasingly regarded as customers and consumer satisfaction paramount, it’s imperative to avoid creating potential classroom friction with unpopular ideas if you’re on a renewable contract and wish to stay employed."

This is the entire explanation, right here. Academics post 1970 or so consistently choose money over dignity, power, automony and pretty much every other facet they nonetheless lament the decline of.

Perhaps the student should carry crib mattresses instead.