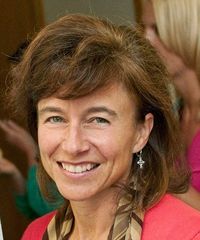 The former dean of the University of Iowa law school didn't commit illegal political discrimination when she passed over a conservative lawyer for teaching jobs, a jury ruled Monday.

After a six-day trial, a federal jury in Davenport rejected Teresa Manning's assertion that then-Dean Carolyn Jones rejected her for the faculty because of Manning's political beliefs and associations. ...

A UI law graduate, Manning had moved back to Iowa from Washington to work as associate director of the law school's writing center when she was one of three finalists for two job openings in 2007. She had previously taught writing at George Mason University law school. But after she gave a talk to faculty members as part of the hiring process, the faculty recommended that Jones hire another finalist who was a self-described liberal and not fill the second opening.

Jones went along with those recommendations even though an associate dean had warned her in an email that he worried professors were blocking Manning "because they so despise her politics (and especially her activism about it)."

Several professors disputed that, testifying that Manning essentially disqualified herself during the interview. They said that Manning responded to a question by saying that she wouldn't teach analysis — a key part of the job — and would focus on writing. Manning argued that claim was bogus and fabricated to justify discrimination.

Manning claimed that the opposition to her appointment was driven by Professor Randall Bezanson, who helped draft the Roe v. Wade decision that legalized abortion in 1973 while he was a clerk for Justice Harry Blackmun. At the time, the 50-member faculty included 46 registered Democrats. Since then, the faculty has become at least slightly more politically diverse. ...

Her book, tentatively titled, "Academic Injustices: One woman's fight against bias in higher education and the law," is scheduled for release in January, Encounter Books president Roger Kimball said. He said her story was "worth telling" regardless of how the trial came out.