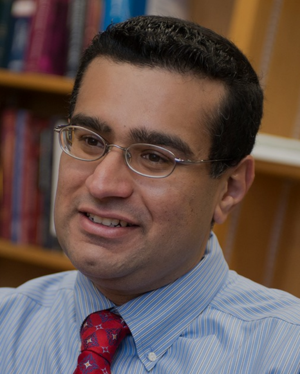 Today, the Supreme Court issued its much-anticipated decision in King v. Burwell, holding that the Section 36B premium tax credit extends to taxpayers who acquire healthcare policies on federally established exchanges.  The decision probably will not bear much on core tax provisions, but the Court’s reasoning could have major implications for the IRS’s administration of the various social programs littered throughout the tax code.

To uphold the government’s position, the Court might have been expected to employ the familiar Chevron framework, under which it generally defers to agency interpretations of ambiguous statutory provisions.  However, in King, the Court refused to offer the IRS any deference on the question presented, even though it acknowledged the ambiguity in the contested statutory provision.  The meaning of the contested phrase, referring to credits for policies purchased on an Exchange established by the State, implicated major questions of health care policy, and “[t]his is not a case for the IRS.”  The IRS “has no expertise in crafting health insurance policy,” so the Court believed that it should resolve the ambiguity in the statutory scheme.  It ultimately did so through an examination of Section 36B and various related Affordable Care Act provisions.

If the “expertise” point were taken to its logical extreme, the IRS would face significant limitations on its rulemaking authority.  There are many, many provisions of the tax code where IRS expertise is likely lacking.  Section 45, for example, includes credits for creating electricity from biomass, and I’m skeptical that anyone at the IRS is an expert at converting cow dung into energy.  Even for more traditional code provisions, like the Section 901 foreign tax credit, one can question whether the IRS is really an expert at setting international economic policy.

In dismissing Chevron deference for the IRS, the Court misunderstood the nature of agency’s claimed expertise.  The IRS doesn’t purport to be a master of health care reform, renewable energy, or international economic policy.  Rather, the IRS’s expertise relates to understanding how complex tax code provisions bear on those things.  This is a much more modest task and involves exploring different interpretations within statutorily defined parameters.

The Court seemed to lump the IRS with agencies that focus on particular industries or sectors, but this is an unfair comparison.  The tax law touches on everything under the sun, so, by necessity, the IRS will rules relating to many sectors of the economy over which it has no special expertise.  The IRS offering an interpretation of the Section 36B premium tax credit is completely different from, say, the Environmental Protection Agency establishing the price of a postage stamp.  If the IRS loses Chevron deference for health insurance matters, then it arguably loses deference for everything.

Of course, that’s not where we’re likely headed.  The Court also emphasized that King involved an unusually important question, and prior precedents support abandoning deference doctrines for “extraordinary cases.”  FDA v. Brown & Williamson Tobacco Corp., 529 U. S. 120, 159 (2000).    The IRS will receive deference on smaller issues, even when they relate to renewable energy credits or other social programs.

However, every social program has a lynchpin, and given the Court’s warm embrace of Congress’s taxing powers in NFIB v. Sebelius, it seems likely that more lynchpins will be added to the Internal Revenue Code.  Thus, while King undoubtedly reflects a major IRS victory, it may curtail the agency’s power in areas that are classified as outside of the agency’s expertise.  I think that, in the context of deference doctrines, attempts at such classifications may be difficult or self-defeating, so King will sow confusion on this point of law.

I don't know, Andy. "[T]he tax law touches on everything under the sun" largely because Congress has decided -- whether for reasons of economic efficiency, resource conservation, nontransparency, or whatever -- that it prefers to run social welfare programs, environmental programs, health care programs, etc., through the tax code rather than setting them up as direct subsidy programs run by agencies with greater and more appropriate subject matter expertise. But the IRS does not magically develop expertise in these disparate subject matter areas simply because the programs are structured as deductions or tax credits rather than as direct subsidies. The choice is one for Congress to make, but the choice is not costless, either for the efficacy of the programs or for the institutional integrity of the IRS. Perhaps another cost of dropping everything under the sun into the tax code ought to be the sacrifice of Chevron deference. I haven't reached a definitive conclusion about that. My thoughts today have tended toward the view, mentioned by some already today, that Chief Justice Roberts's opinion is in some sense a rehashing in different terms of his dissenting opinion in City of Arlington. But denying an agency Chevron deference based on subject matter expertise, or the lack thereof, isn't exactly new, and it's at least an interesting thought.

As I recall, the IRS didn't put this idea through notice-and-comment, in which case its opinion should only get a lower standard of deference than Chevron-- Mead or some other name I forget-- anyway, which just limits the IRS's influence to the persuasion of its reasoning, a miniscule standard. Am I wrong?

Thanks for reading the post. I don't think the breadth of the tax code, as I was referring to it, depends much on the addition of social programs. Even if there were, for example, no special credit for turning cow dung into electricity, an IRS agent would need to learn about that industry in connection with an audit or transfer pricing dispute of the company.

The tax code generally is designed to reach net income, and even if you tossed out all the secondary stuff (however defined), the IRS will need to become an expert on lots of things, because there are lots of ways to make or lose money. If you are going to measure the net income of a broker, you need to learn about securities markets; if you are going to measure the income of a foreign-based importer, then you need to learn about importing markets; and so on. Measuring net income for hundreds of millions of taxpayers, with different attributes created by nontax law (e.g., corporations, trust, partnerships) and who make money in different ways, by itself demands breadth in agency expertise.

There are, of course, various new issues that the addition of a social program might create. Absent the ACA, the IRS probably wouldn't need to e.g. determine the cost of a silver-level a particular market. But most of the stuff already builds on existing structures. The 4980H(a) employer penalty, for example, takes the IRS into the messy business of determining who is an employee versus an independent contractor, and that question would exist even if the ACA were thrown out. Some of the complications under Section 36B relate to the composition of the family unit, and those complications exist independently of Section 36B.

I've spent a frightening amount of time going through the bowels of Sections 36B and 4980H and writing about them, and I'm not convinced that they take the IRS that far afield from what is usually does. In political terms, yes, but not in substance (i.e., the IRS is still applying complex statutes to a variety of facts). I'd feel differently if a statute required that IRS agents learn how to sword swallow or juggle 8 basketballs. That would be far more different than e.g. administering another set of information returns.

I of course accept that we tax nerds can distinguish between "core" provisions and social programs, or at least say that we can, and I'm intrigued by the idea of different levels of deference for them. My only objection is that any such distinction can't be grounded on agency expertise, especially when, as I suspect, there is a lot more institutional knowledge of Section 36B than of some core (but obscure) provisions that are designed solely to measure net income.

We may never know, but what may have happened is something like this. Roberts says something like the following: I want a strong (virtually per curiam) opinion, which I will write. This is not the time to debate the contours of Chevron and I don't want concurrences. Let's show a unified front." The others may have gone along on the theory that in fact they could debate Chevron another time if needed, and it was better to focus on the important issue rather than debate ancilary points. And in return, Roberts delivers a masterful opinion. The first few pages set out the crucial elements of the health care law and why they are needed to make it work. So I wouldn't read too much into the Chevron discussion.

That was about the only part of the Roberts opinion that made any sense. The rest seemed like legal contortions to reach a political outcome. Scalia's dissent, while caustic, was the most legally consistent reasoning coming out of the Court.

Forgive a conspiratorial interpretation, but perhaps the SCOTUS rejected Chevron in this case because it didn't want a future IRS Commissioner, under a possible future Republican President, from being able to reverse the IRS's interpretation?

Dan Frisch, you are not the only commentator making that suggestion. Certainly I think you are correct that a future administration will not be able to obtain Chevron deference for an alternative interpretation of the particular statutory language at issue in King v. Burwell, now that the Court has declared the statute's meaning to be clear. To turn that conspiratorial interpretation around, however, one can also see in the Chief's statements about the Chevron standard the potential for less judicial deference to agency interpretations of statutes in other cases -- along the lines of his dissenting opinion last year in City of Arlington v. FCC, just with different phraseology. Some administrative law scholars are suggesting that the Chief's opinion signals a further shrinking of the Chevron doctrine's scope, which is an outcome that many conservatives would applaud.

The way I understand Roberts viewed the issue, the expertise needed was to decide whether, in the context of national health policy, it makes sense to have different rules for state-established exchanges and those established by the Federal government. Once you reach that point in the analysis, I don't think the IRS has any special expertise to apply.

I think that Roberts had just this issue of avoiding the possibility that the ACA's future would be constantly clouded by the possibility of a future president ordering the IRS to change its interpretation of 36B on his mind when he asked Verrilli during oral arguments whether a ruling that the IRS’s interpretation of Section 36B was valid “would indicate that a subsequent administration could change that interpretation?” And given how intellectually dishonest his basis for disregarding the IRS regulation was (i.e., no explicit or delegation), I think this concern explains his rationale. In case you're interested, see my blog posting at BNA about this! http://www.bna.com/king-burwell-win-b17179928783/