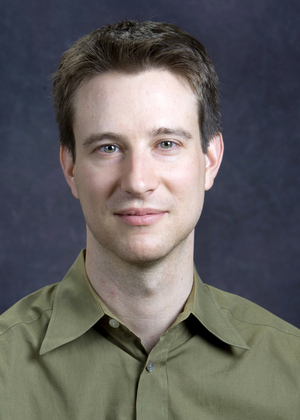 And, so, another judicial threat to Obamacare bites the dust.  Yesterday, the Supreme Court issued its decision in King v. Burwell, affirming that Obamacare’s premium tax credits are to be available in all States.  The 6-3 majority opinion written by Chief Justice Roberts concludes that the key statutory text is ambiguous.  To resolve this ambiguity, the majority looks to the Act’s context and structure, and decides for the government.

Crucial to the majority’s reasoning is that the term “Exchange” is defined by the statute as a term of art, and—as so defined—all Exchanges are explicitly deemed as being established by a State.  Although the statutory language is beyond inelegant and creates substantial ambiguity, it would be improper to ignore that “Exchange” is a defined term.  When a statute explicitly defines terms, this has always been understood to trump what might otherwise be the ordinary meaning of those terms.  I thus find the majority’s reasoning persuasive.  Indeed, I have been arguing along similar lines since this controversy first arose, and Darien Shanske and I previously co-authored an essay that made this argument in greater depth:  Why the Affordable Care Act Authorizes Tax Credits on the Federal Exchanges, 71 State Tax Notes 229 (2014).

What surprised me about the decision was the majority’s conclusion that the Chevron framework does not apply.  The majority reasoned that the issue in question was one of “deep economic and political significance” and that the IRS “has no expertise in crafting health insurance policy of this sort.”  Professor Andy Grewal discussed this aspect of the majority’s decision in his TaxProf op-ed yesterday.

Although I agree with Professor Grewal that the IRS and the Treasury Department do in fact have expertise in at least the crafting of tax credits for health insurance policy,[1] I am nonetheless comforted by this limit to Chevron deference.  It is certainly correct that the question at issue here was one of deep economic and political significance, and the issue seems fundamentally different from the other sorts of decisions that are regularly decided by Treasury Regulations.

Ultimately, Obamacare has survived this latest threat, but the long-term viability of the Obamacare legislation remains at least somewhat uncertain.  I continue to believe that the Obamacare legislation provides enormous benefits but that the legislation also contains deep flaws.  I remain hopeful that at some point in the future we might achieve a bipartisan compromise to address those flaws.  Whether this hope proves prescient or naive, the fate of Obamacare now returns to the political process—where it belongs.

[1]  I should perhaps note here that I am biased, as the Treasury Regulations being challenged in this case were part of my portfolio when I worked at the Treasury Department’s Office of Tax Policy from 2010-2012.  In a sense, then, the Supreme Court is questioning my own expertise and that of my colleagues who were working at Treasury and IRS at the time.

Yet another loss for the rule of law! The law said that only an exchange of a state qualified for the credits. Yet "all the king's horses and all the king's men" were able to find six black-robed wizards to rule otherwise. God help us.

I don't really pay much attention to CJ Robert's point that the IRS is not "expert" on insurance matters. That's not how I read the opinion. I read his point to be that the ACA was such a massive, politically sensitive piece of legislation that this key decision about the meaning of the statute should be a discussion between Congress and the S.Ct. and not one mediated by the administrative agency. That is, we just go back to the pre-agency days here where Congress writes a law and the S.Ct. tells Congress what it wrote. If Congress disagrees, Congress revises the law. This is NOT a case where the Court will permit the conversation to be between it and the administrative agency---which is the line of Chevron and Skidmore cases. It's almost like saying "this is too important to leave to the agency's discretion." I see Chevron and all the deference opinions as being not just about delegation of legislative powers from Congress to agencies, but also being about the delegation of interpretative powers from the Courts to the agencies. If you think about it that way, all Roberts is doing here is saying "hey, we the S.Ct. are going to step in here and not delegate the interpretative decision to the administrative agency because of the political sensitivity of the statute." Like Justice Marshall, he is reaffirming the S.Ct.'s power to say what the law is. If Congress does not like it, Congress can fix it. This approach should appeal to judicial conservatives who have worried about the power of agencies encroaching on the traditional separation of powers between the three branches.

Perhaps they avoided Chevron for political purposes, to ensure that a republican president could not just issue new regulations that went the other way?