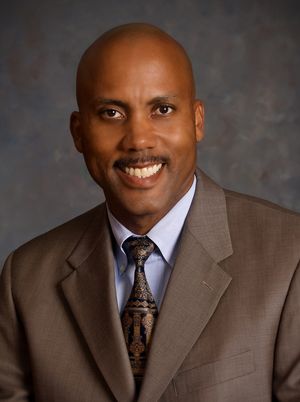 Florida Agricultural and Mechanical University Provost Marcella David today announced that associate dean for Academic Affairs Darryll K. Jones, J.D., LL.M., has been appointed to serve as the interim dean of the FAMU College of Law in Orlando, Fla. He replaces former Dean LeRoy Pernell, J.D., who stepped down, effective June 30, 2015, to return to the faculty.

Jones joined the College of Law in July 2009 as associate dean for Research and Faculty Development.  In that role, he helped successfully guide the College through its first post-accreditation review. Prior to becoming a full-time tax law scholar, he served as general counsel at Columbia College Chicago and associate general counsel at the University of Florida. From 1993 to 2006, he taught at the University of Pittsburgh School of Law, where he earned tenure and also served as associate dean for Academic Affairs from 2003 until 2006. From 2006 to 2009, Jones was professor of law at Stetson University College of Law.  He also served for five years in the United States Army Judge Advocate General’s Corp.

Jones is the author of “The Theory and Practice of Partnership Taxation” and has written several articles, including a monthly column entitled K-Rations, in Tax Notes magazine. Jones is also co-editor of the Nonprofit Law Professors Blog and lead co-author of “The Tax Law of Charities and Other Exempt Organizations.”  His scholarship on federal taxation has appeared in the Florida Tax Review, the Virginia Tax Review, Brigham Young University Law Review, the University of Pittsburgh Law Review, Northwestern Journal of International Law and Business, and several other publications. Interim Dean Jones has been consulted by members of Congress, including the Senate Finance Committee, the House Ways and Means Committee, staff to the Joint Committee on Taxation, and the Internal Revenue Service on issues relating to individual income tax, partnership tax, and the tax laws of exempt organizations.

“I am pleased to be able to use my capabilities and experience to lead the College of Law during this period of transition,” said Jones. “I am very appreciative of President Mangum’s and Provost David’s steadfast commitment to the College of Law and the University. I look forward to working with them as we continue to provide our students with the educational experience that will enable them to compete successfully in the twenty-first-century global economy and to serve their communities.”

Congratulations and good wishes from Pittsburgh to my former colleague and a great guy!