The Atlantic: Why It Pays To Be A Jerk 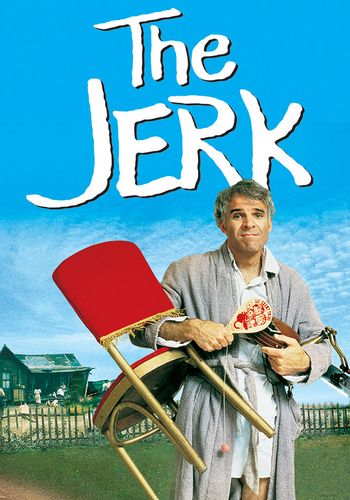 The Atlantic, Why It Pays to Be a Jerk: New Research Confirms What They Say About Nice Guys:

Smile at the customer. Bake cookies for your colleagues. Sing your subordinates’ praises. Share credit. Listen. Empathize. Don’t drive the last dollar out of a deal. Leave the last doughnut for someone else.

Sneer at the customer. Keep your colleagues on edge. Claim credit. Speak first. Put your feet on the table. Withhold approval. Instill fear. Interrupt. Ask for more. And by all means, take that last doughnut. You deserve it.

Follow one of those paths, the success literature tells us, and you’ll go far. Follow the other, and you’ll die powerless and broke. The only question is, which is which?

Of all the issues that preoccupy the modern mind—Nature or nurture? Is there life in outer space? Why can’t America field a decent soccer team?—it’s hard to think of one that has attracted so much water-cooler philosophizing yet so little scientific inquiry. Does it pay to be nice? Or is there an advantage to being a jerk?

We have some well-worn aphorisms to steer us one way or the other, courtesy of Machiavelli (“It is far better to be feared than loved”), Dale Carnegie (“Begin with praise and honest appreciation”), and Leo Durocher (who may or may not have actually said “Nice guys finish last”). More recently, books like The Power of Nice and The Upside of Your Dark Side have continued in the same vein: long on certainty, short on proof.

So it was a breath of fresh air when, in 2013, there appeared a book that brought data into the debate. The author, Adam Grant, is a 33-year-old Wharton professor, and his best-selling book, Give and Take: Why Helping Others Drives Our Success, offers evidence that “givers”—people who share their time, contacts, or know-how without expectation of payback—dominate the top of their fields. “This pattern holds up across the board,” Grant wrote—from engineers in California to salespeople in North Carolina to medical students in Belgium. Salted with anecdotes of selfless acts that, following a Horatio Alger plot, just happen to have been repaid with personal advancement, the book appears to have swung the tide of business opinion toward the happier, nice-guys-finish-first scenario.

And yet suspicions to the contrary remain—fueled, in part, by another book: Steve Jobs, by Walter Isaacson. The average business reader, worried Tom McNichol in an online article for The Atlantic soon after the book’s publication, might come away thinking: “See! Steve Jobs was an asshole and he was one of the most successful businessmen on the planet. Maybe if I become an even bigger asshole I’ll be successful like Steve.”

McNichol is not alone. Since Steve Jobs was published in 2011, “I think I’ve had 10 conversations where CEOs have looked at me and said, ‘Don’t you think I should be more of an asshole?’ ” says Robert Sutton, a professor of management at Stanford, whose book, The No Asshole Rule, nonetheless includes a chapter titled “The Virtues of Assholes.” ...

In the summer of 2008, a popular surfing spot in California was frequented by a surfer named Lance, to whom we should be grateful. Lance thought every wave was his, so when a fellow surfer, Aaron James, grabbed a wave well within the bounds of surfing etiquette, James was subjected, like many before and after him, to a profanity-laced diatribe.

What an asshole, James thought as he picked up his board.

Philosophers since Aristotle have been obsessed with categories, and James—who got a doctorate in philosophy at Harvard and teaches at the University of California at Irvine—is no exception. What did I mean, exactly, by asshole? he wondered.

James honed a definition that he finally published in his 2012 book, Assholes: A Theory. Formally stated, “The asshole (1) allows himself to enjoy special advantages and does so systematically; (2) does this out of an entrenched sense of entitlement; and (3) is immunized by his sense of entitlement against the complaints of other people.” ...

To summarize: being a jerk is likely to fail you, at least in the long run, if it brings no spillover benefits to the group; if your professional transactions involve people you’ll have to deal with over and over again; if you stumble even once; and finally, if you lack the powerful charismatic aura of a Steve Jobs. (It’s also marginally more likely to fail you, several studies suggest, if you’re a woman.) Which is to say: being a jerk will fail most people most of the time.

Yet in at least three situations, a touch of jerkiness can be helpful. The first is if your job, or some element of it, involves a series of onetime encounters in which reputational blowback has minimal effect. The second is in that evanescent moment after a group has formed but its hierarchy has not. (Think the first day of summer camp.) The third—not fully explored here, but worth mentioning—is when the group’s survival is in question, speed is essential, and a paralyzing existential doubt is in the air. It was when things got truly desperate at Apple, its market share having shrunk to 4 percent, that the board invited Steve Jobs to return (Jobs then ousted most of those who had invited him back). ...

So to anyone out there still wondering, here’s your permission slip: you do not have to be like Steve. When Isaacson, his biographer, was asked by a 60 Minutes interviewer about Jobs’s failings, he replied, “He could have been kinder.” Grant adds, “How do we know he succeeded because of his asshole behaviors … and not in spite of them?” Indeed, a more recent biography of Jobs, by Brent Schlender and Rick Tetzeli, argues that Jobs matured during his time away from Apple, and was much more modulated in his behavior—giving credit when appropriate, dispensing praise when warranted, ripping someone a new one when necessary—during the second (and more successful) half of his career.

Without that kind of modulation—without getting a little outside our comfort zone, at least some of the time—we’re all probably less likely to reach our goals, whether we’re prickly or pleasant by disposition.

As Grant himself puts it, “What I’ve become convinced of is that nice guys and gals really do finish last.”

He believes that the most effective people are “disagreeable givers”—that is, people willing to use thorny behavior to further the well-being and success of others. He points out that some of the corporate cultures we consider most “cutthroat” likely are filled not with jerks but with disagreeable givers. Take General Electric, once famed for its “rank and yank” policy of jettisoning the bottom 10 percent of performers each year. “I thought that on face value, GE might be a place where you would expect takers to rise. But it seems more complicated than that,” Grant says. “The people are really tough there in the sense that they’re going to challenge you to grow and develop, they’re going to set higher goals for you than you would set for yourself. But they’re doing it to make you better and they’re doing it with your best interests and the company’s best interests in mind.” Grant adds: “The hardest thing that I struggle to explain to people is that being a giver is not the same as being nice.” When I thought back to some of the most compelling people I’ve interviewed in business, Grant’s words rang true. Intel’s Andy Grove immediately came to mind. Ask Grove a dumb question, I once learned, and he’ll tell you it’s not the right question. He’s the one who largely built Intel’s culture of what the company calls “constructive confrontation,” in which you challenge ideas, but not the people who expound them. It’s not personal. He just wants his point to be understood. The result is that you do your homework. You come prepared.

The distinction that needs to be made is this: Jerks, narcissists, and takers engage in behaviors to satisfy their own ego, not to benefit the group. Disagreeable givers aren’t getting off on being tough; they’re doing it to further a purpose.

So here’s what we know works.

Smile at the customer. Take the initiative. Tweak a few rules. Steal cookies for your colleagues. Don’t puncture the impression that you know what you’re doing. Let the other person fill the silence. Get comfortable with discomfort. Don’t privilege your own feelings. Ask who you’re really protecting. Be tough and humane. Challenge ideas, not the people who hold them. Don’t be a slave to type. And above all, don’t affix nasty, scatological labels to people.

(Hat Tip:  Glenn Reynolds: " One can choose to be an old-fashioned gentleman, but the genuine article was not a Nice Guy in the modern sense, but a person who was never unintentionally rude and who could be, as Robert Heinlein noted, “a cast-iron son of a bitch” when it suited.")