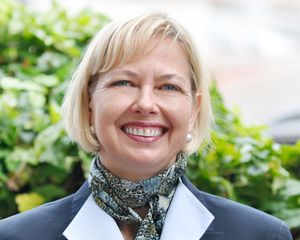 Elizabeth Ann Copeland, Nominee for Judge, United States Tax Court
Elizabeth Ann Copeland is a Partner in the Tax Practice Group of Strasburger & Price, LLP in San Antonio, Texas, where she has practiced law since 2012.  She practiced with Oppenheimer, Blend, Harrison & Tate, Inc. from 1993 to 2012 and was named as Shareholder in 2000.  Ms. Copeland handles all matters pertaining to Federal income taxation, including planning and tax controversies, and she is also experienced in dealing with the Internal Revenue Service at the administrative appeals level and in litigation.  Ms. Copeland has been Board Certified in Tax Law by the Texas Board of Legal Specialization since 2002.

Ms. Copeland began her legal career as an Attorney Advisor to Judge Mary Ann Cohen of the United States Tax Court from 1992 to 1993. During law school, she served as a Clerk to Justice Eugene Cook of the Texas Supreme Court.  Prior to that, she worked with Ernst & Whinney (now EY) from 1986 to 1989.  Tax Analysts named her a 2012 Tax Person of the Year in its national edition of Tax Notes.  She served as Chair of the State Bar of Texas Tax Section in 2013 to 2014 and is a Certified Public Accountant.  Ms. Copeland received a B.B.A. from the University of Texas at Austin and a J.D. from the University of Texas School of Law.

It is always good to see another Texan at the helm.