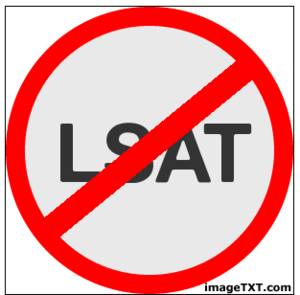 The piecemeal retreat from the Law School Admission Test is gaining momentum.

The University of Hawaii said this month it would drop the LSAT for some applicants, joining a growing number of law schools around the country trying to make it simpler for high-achieving students to enroll. The schools are taking advantage of new rules issued in August by the ABA that let law schools fill 10 percent of their classes with people who have not taken the LSAT but have done very well in college and on other standardized tests, such as the SAT. ...

All five of the schools that have dropped the exam for some applicants [Drake, Hawaii, Iowa, SUNY-Buffalo, St. John's] have seen their enrollments plunge in recent years. 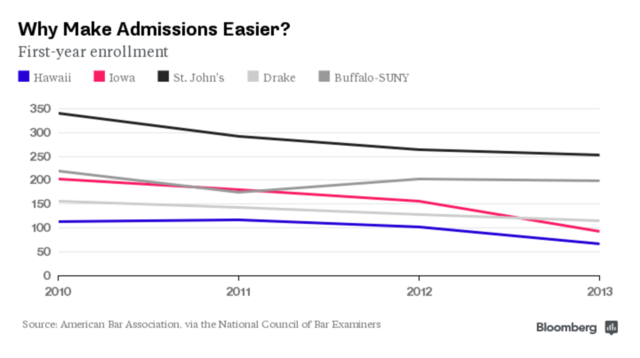 The Law School Admission Council, which administers the test, has said it isn't worried about the impact of these programs, since they are so small.

@Anonprof, perhaps, but I think the main thrust is to preserve LSAT medians by admitting students who have good GPAs in "soft" majors (business administration, criminal justice, race/gender studies, etc.) but who typically do relatively poorly on the LSAT.

It also allows those students with good GPAs but poorer LSAT scores to gain admittance at schools that wouldn't otherwise accept them because of their LSAT score, and this "feature" gives these schools a captive market of students who will pay full freight. It's effectively most favored nation status.

Univ. of San Diego did this too...add them to the list.

I suspect school's will ultimately employ this option to increase diversity, i.e., bring in academically high-performing minority students who would are unlikely to perform well on the LSAT. Thus, diversity goes up without a corresponding hit to median LSAT.