The tables show just how progressive the income tax is. The three million people in the top 1% of earners pay nearly half the income tax.

Why is the share of income taxes negative for 40% of Americans? In recent decades Congress has chosen to funnel important benefits for lower-income earners through the income tax rather than other channels. Some of these benefits, such as the Earned Income Tax Credit and the American Opportunity Credit for education, make cash payments to people who don’t owe income tax. ...

The share of tax paid by the top 20% of Americans also changes when such social-insurance levies are included: It drops from more than 80% of income taxes to about 67% of all federal taxes.

Bloomberg, How Much Americans Really Pay in Taxes:

The average American pays an income tax rate of 10.1 percent, the Joint Committee shows, although that varies quite a bit depending on income: 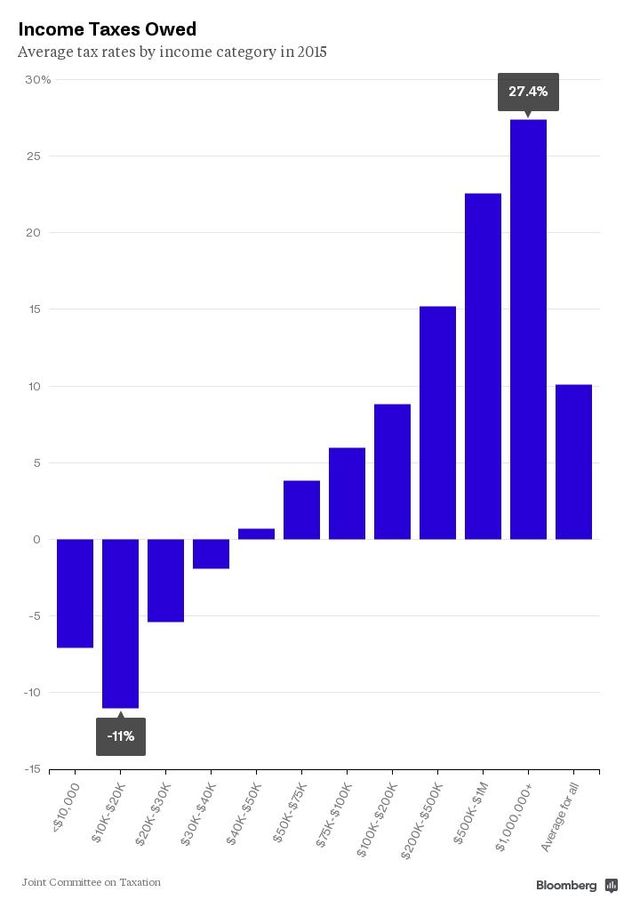 Just looking at income taxes can be misleading, however. All salaried workers also pay a 7.65 percent payroll tax to cover Social Security and Medicare, and higher earners owe another Medicare tax. Their employers also must pay the same amount in payroll taxes for each worker.

On top of individual income and payroll taxes, the federal government collects $93.4 billion in excise taxes on such things as fuel, cigarettes, alcohol, and plane tickets. The feds take 7.5 percent of every airline fare, plus $4, for example; the gas tax is currently 18.4¢ per gallon.

Add up all the categories of taxes paid by individuals—income, payroll, and excise—and this is what each income group will end up paying this year, the Joint Committee estimates: 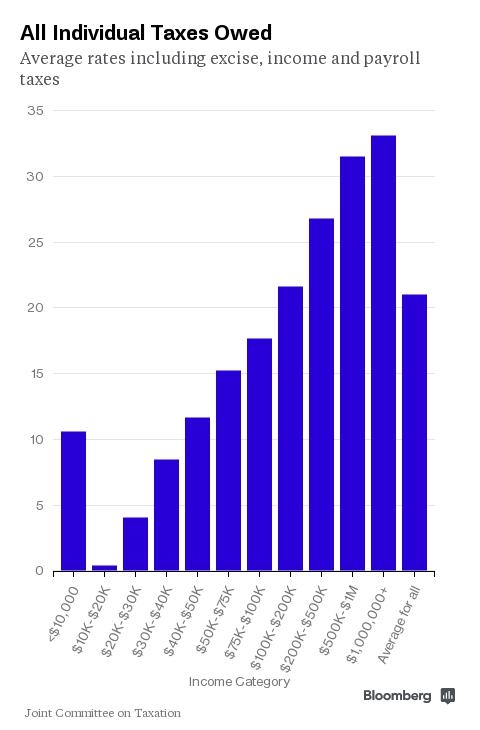 Out of curiosity do your figures take into account EITC and other credits to low income earners?

Also, your graphs probably do not include the effects of sales tax and state and local income taxes because of the heterogeneity across the states but do you have average figures for those items as well?