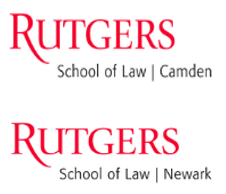 Following up on my previous posts (links below):  Press Release, Rutgers Board of Governors Approves Merger of Two Law Schools with Distinct Locations Pending ABA Approval:

The Rutgers Board of Governors today approved the merger of the two Rutgers law schools into one unified law school with two distinct locations in Camden and Newark, contingent upon  approval by the American Bar Association. ...  ...

Rutgers Law School will employ a robust faculty of 100 scholars. ... With more than 1,000 students drawn from across the country, Rutgers Law School also will be among the nation’s largest law schools, yet it will boast a student-faculty ratio on par with other leading public law schools.

A concept to reunify – the schools were first separated into two Rutgers entities with their own accreditation, faculty and curricula in 1967 – was first introduced by law school leadership in 2011. Two co-deans, reporting to chancellors at each university in Camden and Newark, will lead the merged Rutgers Law School. The co-deans will maintain their individual lines of authority, reporting to the chancellor of Rutgers University-Newark or of Rutgers University-Camden. They will work with both chancellors and also work collaboratively with the university senior vice president for academic affairs. ...

As everyone knows, this is basically an attempt to cover over the failure of the two law schools, especially Camden, rather than an attempt to improve them. If the law market turns around dramatically in the next year or two, it may pay off. But there's precious little sign of that happening.