'Culture of Cheating' Prevalent at Stanford, Other Elite Colleges 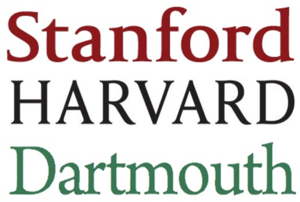 Stanford University's honor code dates to 1921, written by students to help guide them through the minefield of plagiarism, forbidden collaboration, copying and other chicaneries that have tempted undergraduates since they first arrived on college campuses.

Exams aren't proctored, and students are expected to police themselves and speak up when they see others committing violations.

But there appears to have been a massive breakdown during the recent winter quarter, culminating in "an unusually high number of troubling allegations of academic dishonesty" reported to officials, according to a letter to faculty from Provost John Etchemendy.

"Among a smattering of concerns from a number of winter courses, one faculty member reported allegations that may involve as many as 20% of the students in one large, introductory course," Etchemendy said in the March 24 letter. ...

Although the Stanford allegations may have surprised some, for many others they cemented the belief that a culture of cheating pervades higher education. Harvard, Dartmouth, the Air Force Academy and other prominent institutions have recently grappled with allegations of large-scale cheating.

Studies find that students feel under more pressure than ever to succeed and increasingly see cutting corners as nothing serious. And they are being aided by cheating-friendly technology. Etchemendy alluded to those challenges.

"With the ease of technology and widespread sharing that is now part of the collaborative culture, students need to recognize and be reminded that it is dishonest to appropriate the work of others," he said. "Do we provide guidance for the use of technology? And are students aware that we really will seek to identify and report concerns that may arise?" ...

Nationwide, about 68% of undergraduates and 43% of graduate students admit cheating on tests or written assignments, according to research by retired Rutgers business professor Donald L. McCabe and the International Center for Academic Integrity at Clemson University.

As students see business leaders, athletes and their peers cheating — in many cases with impunity — the practice no longer carries the social stigma it once did, according to the research. With competition at elite institutions especially intense, high-achieving students are as likely to cheat as those who struggle academically.

I get tired of hearing about how "students feel under more pressure than ever to succeed." There's pressure, but I highly doubt it's at some historic high, unless they're trying to say the differential between the pressure of high school and college is the problem. But even then, putting the excuse up front is a load of BS. There is a culture problem and I believe students increasingly see it as no big deal. But I dispute the claim that the poor little darlings are just under so much pressure that they look to cheating as the way out.

I doubt that cheating is limited to elite colleges.

Honor systems fail when people perceive that following the honor code is for chumps. When certain favored individuals or groups are permitted to flout the code, the honor system becomes a sham.

A prime example of this phenomenon is the University of Virginia ‘gang rape’ scandal. There, a UVa student made a serious accusation of felony crimes, with conspiracy, to campus tribunals and to Rolling Stone magazine (but not to the Charlottesville police). The accusation has since been exposed as an utter falsehood, and Rolling Stone has retracted its story on the supposed incident. Under UVa’s honor code, such a proven-false accusation should result in the accuser’s expulsion, yet nothing has happened to the accuser 'Jackie' (Coakley?). Why not? Because UVa president Teresa Sullivan eagerly used the accuser’s claim to advance leftist #waronwomen hysteria against a nonexistent threat of campus rape by white male students(*), and as a convenient pretext to shut down fraternity activities disliked by the university administration.

*The #waronwomen campaign was a manufactured political tactic to gin up women’s votes for Obama in 2012 and now Hillary Clinton in 2016. It started with an out-of-the-blue claim, by former Clinton press secretary and debate moderator George Stephanopoulos, that GOP candidates were seeking to ban contraception. The Obama admnistration is currently using it to reinterpret Title IX so as to remove due-process rights from male students, and Emily Renda of the UVa administration has both been coordinating with the Obama administration on Title IX and contributing to the ‘gang rape’ story for Rolling Stone magazine. None of this is coincidence.

Moreover, honor systems do not work unless they are single sanction (permanent expulsion) and have non-toleration clauses, which make the failure to report a violation a violation in itself.

Honor - even primarily in the sense of academic honesty, as it is at most colleges and universities with honor codes - needs to be understood as the possession of both the individual student and the student body as a whole. This was well understood a hundred years ago and more when most of the modern honor codes were formalized, but does not seem to be a common view today.

The fact that honor is both individual and collective is the reason that the better honor codes have always been entirely (or almost entirely) student run.

A non-toleration clause does not constitute forcing students to act as "stool pigeons", rather it enjoins them to protect the collective honor of the group by informing the student honor committee that one of their fellows may have violated the code.

Even schools with strong systems can have periodic honor scandals if a large group works together to cheat or at least condone cheating, but a non-toleration clause makes it harder, and makes it more likely the behavior can be discovered and rooted out before it becomes pervasive.

Honor systems should be strong or they should be abandoned. Weak honor systems are only an illusion and may well do more harm than good.