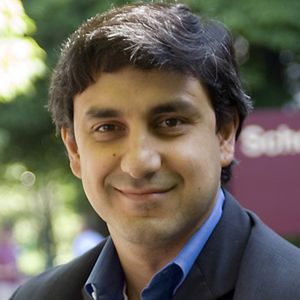 The American Bar Foundation has announced that Ajay K. Mehrotra, Associate Dean for Research and Professor of Law at Indiana University’s Maurer School of Law, has been appointed Director of the American Bar Foundation, effective September 1, 2015. He is also appointed a full Research Professor at the ABF and will become a professor of law at Northwestern University School of Law. Mehrotra succeeds Robert L. Nelson, Director and MacCrate Chair in the Legal Profession and Professor of Sociology and Law at Northwestern University, who will return to full-time research and teaching.

Mehrotra, who is also the Louis F. Niezer Faculty Fellow and adjunct professor of history at Indiana University, is a legal scholar whose research focuses on the relationship between taxation and American state formation in historical and comparative contexts. He is the author of Making the Modern American Fiscal State: Law, Politics and the Rise of Progressive Taxation, 1877-1929 (Cambridge University Press, 2013), which received the 2014 Best Book Award from the Society for U.S. Intellectual History. He is the co-editor (with Isaac William Martin and Monica Prasad) of The New Fiscal Sociology: Taxation in Comparative and Historical Perspective (Cambridge University Press, 2009) and author of numerous articles in law reviews and scholarly journals. His scholarship and teaching have been supported by grants and fellowships from the American Academy of Arts and Sciences, the National Endowment for the Humanities, the William Nelson Cromwell Foundation, and the Social Science Research Council.

As Associate Dean for Research and co-director of the Center for Law, Society, and Culture, at Indiana’s Maurer School of Law, Mehrotra was a university-wide leader on interdisciplinary approaches to the study of law.

Mehrotra’s appointment to the American Bar Foundation will make him the ninth director in the ABF’s 63-year history. Established by the American Bar Association in 1952 to advance the study of law and legal processes, the ABF in recent years has retained and recruited an internationally distinguished research faculty who have garnered major awards for their work, including the Nobel Prize in Economics; the Stockholm Prize in Criminology; the MacArthur Genius Fellowship and elections to the National Academy of Arts and Sciences.