Widener University on Friday announced that the ABA has approved its application to split its School of Law, which has campuses in Harrisburg, Pennsylvania, and Wilmington, Delaware, into separate law schools that will operate independently of each other, but remain part of the university: 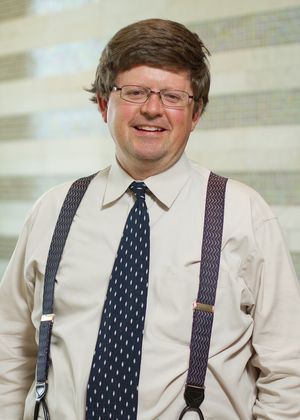 Christian Johnson, currently the Hugh B. Brown Presidential Endowed Chair in Law at the University of Utah S.J. Quinney College of Law, was announced Friday as the first dean of the Widener University Commonwealth Law School effective July 1, the same day the Law School officially assumes its new moniker. ...

Johnson received his bachelor’s and master’s degrees in accounting from the University of Utah, and worked at Price Waterhouse as a CPA for a couple of years, becoming a lawyer was always his goal, he says.

“I always believed that I would be a better lawyer if I understood accounting,” Johnson said. “I wanted to do business law and tax law. I was an accountant for a couple years and got some good training and then applied to law school. I quickly discovered that the 10 percent of what I liked about accounting, lawyers did 100 percent of the time.”

Johnson attended Columbia University School of Law where he was a Harlan Fiske Stone Scholar and executive editor of the Columbia Law Review. After graduating from law school, he worked as an associate for law firms in New York, Las Vegas and Chicago, focusing primarily on tax law, finance, bank lending and derivatives.

After a few years of practice, Johnson decided to follow another passion – teaching.

Working for Mayer, Brown and Platt in Chicago at the time, Johnson moved two miles up the road to Loyola University School of Law. As a member of the faculty at Loyola, he rose through the ranks to professor, and served as faculty director of the Corporate Law Center. While at Loyola, he also served as a consultant to the Federal Reserve Bank of Chicago.

After 13 years at Loyola, Johnson, a Utah native, was drawn back to his home state, receiving a professorship at the University of Utah S.J. Quinney School of Law. He has served on the faculty since 2008, and was the associate dean of academic affairs from 2012 to 2014. 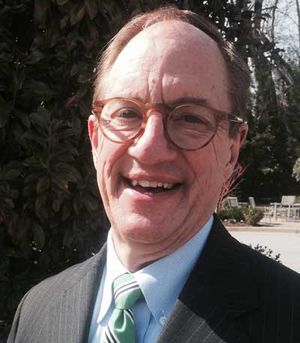 He has authored and edited many books for general audiences, legal treatises, law school casebooks, law review articles, and pieces for newspapers and magazines. The FX television network turned his book “Deliberate Intent: A Lawyer Tells the True Story of Murder by the Book” into a movie with Timothy Hutton in the role of Smolla. His book “Free Speech in an Open Society” won the William O. Douglas Prize, which recognizes distinguished contributions to freedom of speech.

An active litigator, Smolla has presented oral arguments in state and federal courts throughout the nation, including the U.S. Supreme Court. His many service activities include eight years as a director of the Media General Corp., service on the executive committee of the board of the American Arbitration Association, and an appointment as a commissioner on the South Carolina Commission on Higher Education. Smolla has taught a wide variety of courses in the law school curriculum, and has been the recipient of many teaching awards.

They're splitting, we're merging, it sounds like a final exam in corporate taxation. Extra credit: who gets the NOL carryovers?