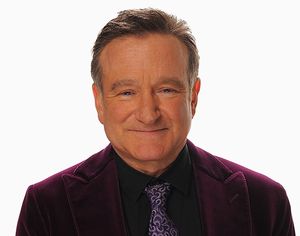 Hollywood Reporter, Robin Williams Restricted Exploitation of His Image for 25 Years After Death:

[O]ne of the more innovative aspects of Robin Williams' estate planning ... might just might become a model for other celebrities preparing for their demise. ... According to a review of the Robin Williams Trust — filed as an exhibit last Wednesday — Williams bequeathed rights to his name, signature, photograph and likeness to the Windfall Foundation, a charitable organization set up by Williams' legal reps at the law firm of Manatt, Phelps.

There are two important facets of this provision.

First, the Trust restricts exploitation of Robin Williams' right of publicity for 25 years after his death. ...

According to insiders, this appears to be a direct reaction to a dispute happening at the moment between the estate of Michael Jackson and the IRS over how to value the late singer's publicity rights for estate tax purposes. The federal government claims the King of Pop's estate owes more than $500 million in taxes from his publicity rights and must also pay almost $200 million more in penalties. The dispute is currently being adjudicated in U.S. Tax Court.

Assigning publicity rights to a tax-advantaged charitable organization could limit his family's tax liability. By doing what he did, Williams not only asserted a measure of control over posthumous exploitation, but he recognized that the value of a celebrity's afterlife has gone up in recent years and made a step to mitigate the IRS' interest in this.