NY Times: Income Inequality Is Also Bad for Your Health

A study from researchers at the University of Wisconsin Population Health Institute examined a series of risk factors that help explain the health (or sickness) of counties in the United States. In addition to the suspects you might expect — a high smoking rate, a lot of violent crime — the researchers found that people in unequal communities were more likely to die before the age of 75 than people in more equal communities, even if the average incomes were the same. 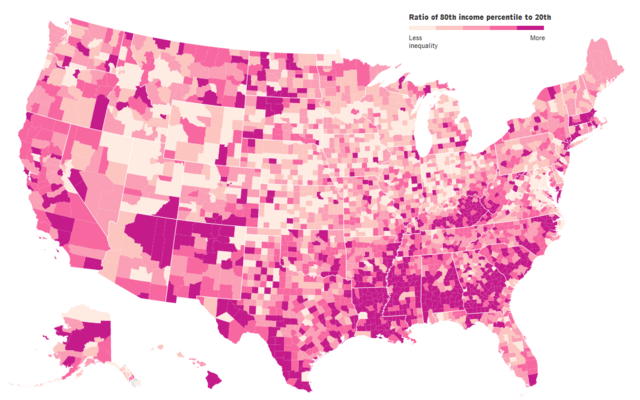 “It’s not just the level of income in a community that matters — it’s also how income is distributed,” said Bridget Catlin, the co-director of the project, called the County Health Rankings and Roadmaps.

Many factors besides inequality affect health, of course. How much people smoke, whether they are obese, and the safety of air and water, among many other factors, make a difference. But the effect of inequality was statistically significant, equivalent to a difference of about 11 days of life between high- and low-inequality places. The differences were small, but for every increment that a community became more unequal, the proportion of residents dying before the age of 75 went up.