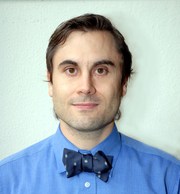 Stagnant wages in the US have contributed largely to income inequality. No wonder given friendlier capital tax rates, compared with labour. Could the much-debated change to the US tax code hold the key to a fairer society? In this brief, I will discuss the economics and ethics of changes to worker taxes. Specifically, I will look at equal taxation of income taxes and capital taxes. I will discuss how other such taxes in places like South Korea have helped achieve social (read macro-ethical) goals. I will also provide estimates of how such taxes would reduce income equality in the US, and their effect on the budget deficit. Its an article about ethics because of the balancing of "good" across political-economic groups.

We used to tax people just like capital in the late 1980s, when both income and income equality shot up. In that time, you paid more tax when you got richer – whether you got rich from digging ditches or speculating in stocks. Let’s return to the ethics of that time.

Sure, we can make everyone equal -- equally unemployed and equally miserable using this guy's formula.

What do you want, people equal according to one set of standards or everyone better off?