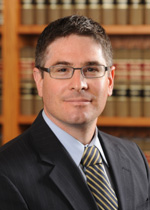 The high cost of legal education and corresponding student debt levels is a subject of robust debate. Yet too few critics of degree cost show creativity in thinking about the optimal mechanism for funding a legal education. The traditional model for financing a legal education is that students borrow with (mostly) fixed-rate loans repayable soon after graduation. The federal government supplements loans with income-based repayment and loan forgiveness programs to protect students who have borrowed more than they can afford to pay back. The reach of these programs has expanded dramatically in recent years, with the programs covering 1.3 million graduates owing around $72 billion as of the first quarter of 2014, with every indication that those figures will grow dramatically unless the programs are modified. A significant segment of those who depend on income-based repayment and loan forgiveness programs will be law students, because those are among the students with the highest levels of qualifying debt.

This Article proposes—and explores the implications of—a new model of law-school financing called an income-based repayment swap (“IBR Swap”). Under an IBR Swap, students still borrow money from a bank or the government to pay for their legal education. But students then enter into contracts with a financial institution under which the institution agrees to make the students’ loan payments and the student agrees to pay the institution a percentage of his or her income. The IBR Swap is a student’s exchange of a fixed obligation to lenders for an income-based obligation to a financial institution. The parties exchange no money upfront. The IBR Swap has all the benefits of human capital contracts, but greatly diminishes the primary practical impediment: repayment risk, and does not suffer from the same legal barriers. Thus, unlike a human capital contract or income share agreement, a market for IBR Swaps could be created with no changes to current law. However, the IBR Swap (like human capital contracts) raises concerns as well, including legal, distributional, and ethical ones. This Article presents the IBR Swap in order to incite critical consideration of both the potential and the limitations of private-market mechanisms for law school finance. As such, it should advance assessment of what is the most impactful role for the government in ensuring access to law school.

How about law firms offer scholarships backed with jobs? Kind of like the service academies? At least that way, schools could compete on the realistic employment chances...

Even for those institutions with the capital to consider this idea, none of them are obligated to repay these loans despite insolvency. As long as it's the student's name on the promissory note, the student is still the one with the non-dischargeable debt. Moving it temporarily off the government's books makes IBR/PAYE look a little better to Congress and the Department of Education for a few minutes longer, but that's all.

Or we could just lower the cost of law school. Columbia, for instance, has a sticker price today more than 33% higher than it was in just 2006 ($60k versus $38k), when the current market-rate BigLaw salary was set. What is the CLS class of 2015 getting for its >33% extra investment, I wonder? Are they 33% better lawyers when they graduate, or do the CLS professoriate and deanery simply have more ability to remodel their vacation homes' kitchens without a home equity line?