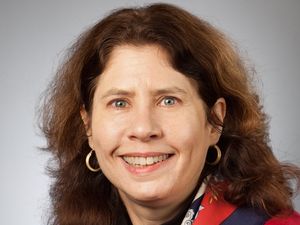 Jennifer Bard (Texas Tech) has been named the next Dean of the University of Cincinnati College of Law, effective July 1, 2015. She will replace Louis Bilionis, who is returning to full-time teaching after serving two terms as dean.

A Yale JD who studied at Oxford and graduated from Wellesley, Professor Bard is an expert in public health and bioethics. She has a Masters of Public Health degree and a PhD in higher education. She will hold a secondary faculty appointment in the Department of Internal Medicine in UC's College of Medicine.

Bard currently serves as special assistant to the provost for academic engagement at Texas Tech University in Lubbock, where she is the Alvin R. Allison Professor of Law and directs the JD/MD program as well as the Health Law concentration program. She also has been a member of the faculty at the Texas Tech University Health Sciences Center and in the Graduate School of Biomedical Sciences. She is also an elected member of the American Law Institute.

Professor Bard has a long history of working across academic and medical campuses. She brings nearly 30 years of academic and legal experience to UC. In addition to Texas Tech, she has been on the faculty taught at the University of Houston, the University of Texas School of Medicine, Drake Law School and La Trobe University in Australia. She served as a Scholar in Residence Fellow at the Robert Wood Johnson Foundation in 2013.

Professor Bard also brings extensive professional experience to UC. She has clerked for a Federal Judge, worked as an associate at one of the country's largest large firms, tried cases in New York Supreme Court, drafted policies to protect individuals with AIDS and represented the state of Connecticut as an Assistant Attorney General in the Whistleblower/Medicaid Fraud Unit.  She has been admitted to the bar in four states and many federal jurisdictions including the United States Supreme Court.

I am also proud to note that Professor Bard is the first woman appointed dean of UC's 182-year-old College of Law. She follows Louis D. Bilionis who has decided to return to full-time teaching after serving two terms, as dean. I thank him for his service and unfailing dedication to the Law School.