The Role of Taxes in Ted Cruz's Nascent Presidential Campaign 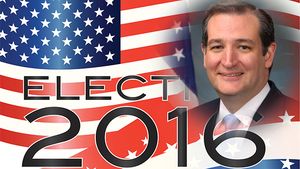 Forbes, Ted Cruz To Run For President: Why His Plan For A Flat Tax May Doom His Candidacy, by Tony Nitti:

Should Cruz continue to profess the desire for a flat tax, the Democratic opposition will be downright jubilant, as they will be able to further the perceived economic divide and distrust of Republican candidates by explaining that the institution of a flat tax will increase the tax burden of many lower and middle-class taxpayers while immensely benefitting the wealthy.

Sen. Ted Cruz says he wants to get rid of the Internal Revenue Service. This is a phenomenally bad idea, one so obviously wrongheaded it’s hard to believe he really means it. ...

Well, sorry to say it, but someone has to collect the money that keeps our government up and running, funding everything from Medicare to the military. The IRS is a cash-flow-positive agency, collecting an estimated $255 for every $1 appropriated to it, and dumping it would vastly widen existing government deficits. This is something fiscal conservatives, Cruz included, presumably already know. Yet the view that the IRS’s budget should be minimized, and perhaps zeroed out entirely, is peculiarly popular on the right. ...

If Cruz’s beef with the IRS is instead about whether it has misused its power in the way it enforces congressionally set tax law — an allegation he’s also made repeatedly — more oversight is the solution, not getting rid of the country’s key tax-collection agency altogether. Otherwise, he’ll have a hard time collecting his Senate salary, let alone a presidential one.

Slate, Ted Cruz Has a Weird Obsession With Abolishing the IRS. About That, by Jordan Weissmann:

So, why bother with all this talk of abolishing the IRS altogether, if we'd need some government agency to do the exact same thing? It goes back to the conservative trope that President Obama has "weaponized" the IRS—remember the scandal over how it allegedly targeted Tea Party groups for audits?—and the only solution now is to tear out the whole bureaucracy, root and branch. “The last two years have fundamentally changed the dynamics of this debate [on the tax code],” Cruz said at a Heritage Foundation speech in January, “as we have seen the weaponization of the IRS, as we have seen the Obama administration using the IRS in a partisan manner to punish its political enemies.”

Sen. Ted Cruz has repeatedly gotten basic facts about the Internal Revenue Service wrong when delivering one of his favorite applause lines, calling for its abolition.

He did it — again — over the weekend in New Hampshire, when he said:

That line gets applause from conservatives who don’t like either the IRS or don’t like those living in the U.S. illegally. But the fact is that the IRS has nowhere close to 110,000 total employees — even counting lowly clerks. And it hasn’t for nearly 20 years.

According to the IRS’s most recent budget request, which the administration submitted in February, Congress has enacted budget authority for only 82,203 total employees in the current fiscal year, which runs through Sept. 30. That’s down from 84,761 total workers last fiscal year (as measured by the usual “full-time equivalent,” or FTE, standard).

And of those 82,000, only about one in four can properly be called “agents,” or even “revenue officers.” 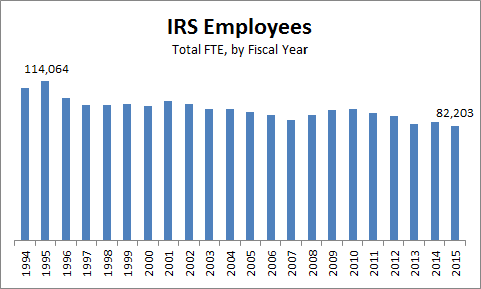 [Cruz] deputy press secretary Phil Novack ... said, “Sen. Cruz was clearly making a joke to convey the point [that all IRS workers] are engaged in one mission: collecting taxes under a tax code that is too complex, too costly, and unfair to the American taxpayer.”

We think the joke would work just as well if Cruz was more careful about getting his facts straight.

Think Progress claims Ted Cruz is anti-woman because he supports a flat tax. ... Another's response: "The idea that strong, equal, independent womyn with choices cannot function unless they are subsidized by a bunch of guys with jobs paying taxes sounds sexist to me. But then I am a complete dinosaur."

Closing the IRS would be nuts. He should have said he just wants to put it on Cruz control.