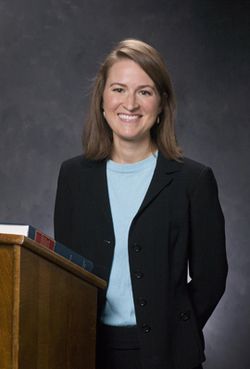 The American Law Institute has announced that the Young Scholars Medal will be awarded this year to two exceptional law professors— Elizabeth Chamblee Burch of the University of Georgia School of Law and Michael Simkovic of Seton Hall University School of Law. The award is presented every other year to one or two outstanding early-career law professors whose work has the potential to influence improvements in the law.

Justice Goodwin Liu of the California Supreme Court, who chairs of the Young Scholars Medal Selection Committee, will present the awards on Monday, May 18, at the ALI Annual Meeting in Washington, DC. "We are extremely proud of this year’s Medal recipients," said Justice Liu. “These two exceptional professors have produced first-rate scholarship that is already having an impact in legal debate and policy. Professor Burch’s work provides an innovative analysis of strategies for solving principal-agent problems in aggregate litigation, and Professor Simkovic's research on consumer finance and credit markets has influenced courts, regulators, fellow researchers, and the United States Congress.”

Professor Burch's research focuses on class actions and large-scale, non-class aggregation. She is noted for her interdisciplinary approach to procedure and often draws from fields that bear on collective action and group decision-making, including social psychology, behavioral law, and economics, as well as political philosophy. “She has quickly become a scholar whom others on the national stage are watching,” said Rebecca Hanner White the immediate-past Dean of the University of Georgia School of Law who nominated Professor Burch. “Her work is original, insightful and interdisciplinary, while challenging traditional thoughts. She is well on her way to becoming a giant in the field.” 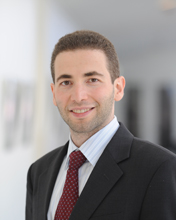 Professor Simkovic's scholarship centers on bankruptcy, corporate finance, secured transactions, and taxation. His article on mortgage securitization market structure is one of the most widely read pieces of research about the causes of the subprime mortgage crisis. It won the American College of Consumer Financial Services writing award, and influenced the Government Accountability Office’s framework for Housing Finance Reform. He has also influenced best practices in multi-billion dollar corporate bankruptcy litigation. “Michael amazes me. In his five-year tenure, he has written more than a dozen articles that have been cited more than 230 times and downloaded more than 24,000 times from the Social Science Research Network—readership statistics that place him in the top three percent of law professors nationally,” said Patrick Hobbs, Dean and Professor of Law of Seton Hall University School of Law. “That’s an incredible start and I am confident that he will continue to have a profound impact on law reform.”