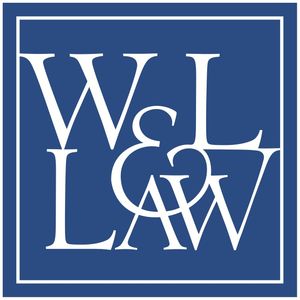 Following up on Thursday's post, W&L Law School Permanently Reduces 1L Class to 100 (Down 47% From 2012), Eliminates 6 Faculty and 6 Staff Positions, Cuts or Freezes All Faculty Salaries, and Invades Corpus of Endowment:

To:  The Law School Alumni

From:  President Kenneth P. Ruscio and Provost Daniel A. Wubah

This morning Dean Nora Demleitner announced her intention to step down as dean at the end of the academic year and return to the faculty after a sabbatical year. Her message to the Law School Community is below.   On behalf of the entire Washington and Lee community, we want to express our deepest appreciation for her contributions these last three years.

During these extraordinarily difficult times in legal education, Dean Demleitner has led the School of Law in meeting these challenges. Her letter cites a number of the significant accomplishments during her tenure.

By the end of the week, we will announce our plan for the transition as the University continues to take a leadership role in adapting to the changing environment for legal education [emphasis added]. For the moment, we simply want to thank Dean Demleitner for her considerable efforts on behalf of the school. We look forward to her return to the faculty after her sabbatical.

After eight years as a law school dean, including three at this institution, I will be stepping down as Dean of the Washington and Lee School of Law effective June 30, 2015.  I intend to continue to serve the Law School as a member of the faculty following a sabbatical leave.

Over the last three years, the Law School has experienced many favorable developments. I am most proud of the improvements we have made in bar passage and employment outcomes. Our most recent graduating class of 2014 had a bar passage rate that was second in Virginia (nearly tied for first), at 90% nationally, and showed the largest positive differential between our bar passage and the state averages in at least eight years, indicative of our improvement at a time of decline in bar passage at other schools.

We have revamped our Career Services Office into a Career Strategy Office under the leadership of Dean Cliff Jarrett and substantially increased outreach to alumni and other employers. Our Class of 2014 is poised to report the highest employment rate we have had since the current reporting methodology was introduced with the Class of 2011 (over 72% full time, long-term JD-required or JD-preferred jobs, an increase of 16% over the class that graduated just prior to my arrival).  Our classes of 2015 and 2016 are also off to strong starts in placement. These improved outcomes will take some time to be reflected in national rankings by US News and others, but we hope to see some resulting improvements in those rankings in March 2016 when the Class of 2014 outcomes are considered in the calculations.

With the assistance of our Advancement Office led by Dean Elizabeth Branner, we have now raised $34.4 million toward our $ 35 million law school capital campaign (up from $18.3 million three years ago), and we hope to report the completion of that campaign goal before I step down this summer. I thank all the alumni and friends who have contributed to achieving this largest fundraising goal in the school’s history. We completed Phase I of renovations on Lewis Hall in the Summer 2014. We added a long-needed entrance from the parking lot side, brought light into the building through more than 50 new windows, and created study space in the library through compact shelving. Phase II will be completed before classes begin this fall and bring an entirely different feel and look to the library. The project will include an integrated tech/library area, more dedicated clinic spaces, new spaces for individual and group study, and a move for the Career Strategy Office to a central location.

We have increased our diversity in admissions under the leadership of Dean Shawn McShay and at this point have the most diverse student body of any law school in Virginia.  While we have always been one of the smallest of the top-tier law schools and we are, like most law schools, becoming smaller to align with the market and the needs of the profession, we continue to enroll a group of highly qualified students who join us from around the country and a number of foreign nations.

I am particularly proud of the four new tenure-track faculty members hired since my arrival. They bring diverse backgrounds and experiences to the Law School and, together with their other two tenure-track colleagues, have already enriched our community immensely through their generous service and their achievements on both the teaching and scholarship fronts.

Last year we added the Washington, DC semester program to our array of special student opportunities in the 3L year. Thanks to the incredible dedication of Charlie Martel '85L, who has led the program since its inception, we have put down a marker in DC. Starting this fall we will have our own space in DC because of a strategic partnership with a not-for-profit think tank. Some other ventures are currently under development, and I am confident they will come to fruition and add further acclaim to the Law School.

I appreciate the support I have received over the last three years from the alumni, students, administrators and faculty within the Law School and the greater University, and in particular Associate Dean Sam Calhoun, who has been instrumental in helping guide us through these difficult times in legal education and the legal profession. I anticipate that Washington and Lee will continue to prosper as a leader in American legal education, and I look forward to assisting in that effort as a member of the faculty.

Those are some impressive achievements in areas that matter to students -- employment and bar passage. Dean Demleitner will be missed.

“Our Class of 2014 is poised to report the highest employment rate we have had.”

That’s what happens when matriculants drop. Even if the placement data’s numerator is the same between this year and the last, a 16% decrease in 1Ls between 2010 and 2011 makes a difference.

Indeed, this is a good statistic. More schools should realize that reducing entrants leads to better placement numbers.

However, the real test will be if the 1L class in the year that she took the position (which was 54.5% larger than the class which she cites) performs as well. I wouldn’t hold my breath.