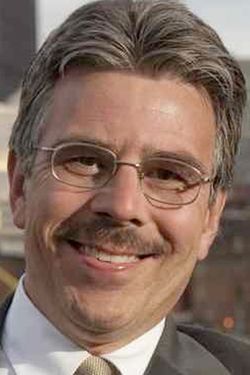 One lawsuit, filed in 2010 by former law professor Alice Stewart, was settled out of court under seal in 2011. The other, filed Oct. 31, 2014, by Susan Hascall, alleges religious discrimination and is pending. Hascall is a law professor whose teachings include Islamic law. ...

Gormley, reached by phone, declined to comment. “We have our (Senate) hearings next week,” he said.

“Duquesne University is deeply troubled by the fact that a confidential document from a university file has been sent by an anonymous individual to the Pennsylvania Senate Judiciary Committee, in an improper attempt to influence the confirmation process with respect to Dean Ken Gormley, who is extraordinarily well qualified to serve on the Pennsylvania Supreme Court,” said Bridget Fare-Obersteiner, associate vice president of public affairs.

Marie Jones, who chairs Duquesne's board of trustees, said counsel reviewed the administrative officer's report in the Stewart case and determined it was not substantiated. “The position of the university was it was an unfounded allegation,” she said. The settlement was not “an adverse ruling for the university at all.” Tim Kolman, Hascall's lawyer, could not be reached. He also represented Stewart.

Hascall's lawsuit is based on a tenure issue, and the university denies any religious discrimination, Jones said. “This is a man of integrity,” she said of Gormley.