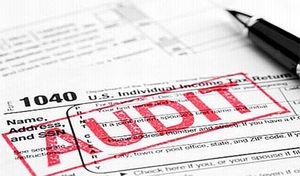 Your chances of facing an IRS audit rate dropped to the lowest level in at least a decade in 2014 and are expected to fall further this year, according to new data USA TODAY obtained from the nation's tax agency.

The audit rate, the percentage of individuals' tax returns IRS revenue agents examined either in person or via correspondence, fell to 0.86% last year, the data show. That represents the lowest rate since at least fiscal year 2005. After rising steadily from 2005-10, the number of IRS audits for individual taxpayers fell 21.4% during the succeeding five years, the data show.

The U.S. Internal Revenue Service, struggling with a smaller budget, audited 7.5 percent of households with incomes exceeding $1 million last year, the lowest level since 2009. The tax agency audited 0.86 percent of all individual tax returns, down from 0.96 percent the year before, according to data released Tuesday. Such audits are at their lowest level since 2004.