How Much Self-Citation Is Too Much? 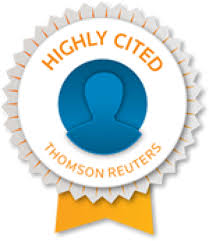 A senior psychology professor has strongly denied any wrongdoing, after a blog highlighted what it claimed was his high self-citation rate in papers published in journals he edited.

Johnny Matson, a professor at Louisiana State University and an expert in autism, was the founding editor-in-chief of the Elsevier journals Research in Developmental Disabilities (RIDD) and Research in Autism Spectrum Disorders (RASD).

Earlier this month the journals came to the attention of Dorothy Bishop, professor of developmental neuropsychology at the University of Oxford. Professor Bishop learned that she was on the editorial board of RASD, although she said that she had no recollection of agreeing to such a position. According to Professor Matson, Professor Bishop did give her permission to be added to the board.

Professor Bishop then looked into the journals, setting out her resulting claims in a blog posting, including that Professor Matson is an author on more than 10 per cent of the papers published since RASD was established in 2007. At around that time his citation count also began to shoot up (according to the Scopus database, he has published 117 papers in RASD and 133 in RIDD, founded in 1987).

Professor Bishop also claims that, according to Thomson Reuters’ Web of Science, just over half of Professor Matson’s citations are self-citations – much higher than other autism experts she looked at.

Isn't the actual issue that one self-publishes in one's own journal?