The Responsible Way Out of the Law School Crisis 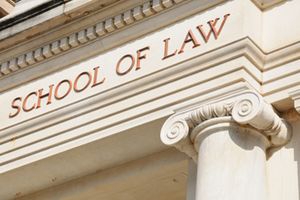 With runaway tuition, sky-high graduate debt and unemployment, plummeting law school applications, and the tectonic shift in the nature and delivery of legal services further clouding the picture, we must do more than bitterly bemoan the plight of law students and loosely cast aspersions over how we got here. We must decide, very quickly, exactly what in legal education should be salvaged, what should be reengineered, and what should be tossed overboard. The trouble is, with little agreement on what legal education is supposed to do, how it should do it, or who it is supposed to serve, most of the solutions posed to date are shots in the dark, often liberally laced with acrimony, that will do more harm than good. Dean Erwin Chemerinsky got it right when he said that the measures recently proposed by the ABA's Task Force on the Future of Legal Education to address the crisis in legal education are “definitely not a blueprint for useful reform.”

With an eye to the role of legal education as a training ground, a public and private good, and a unit of the academy, this Article prescribes a clear set of pedagogically sound measures to root out the actual causes of the crisis and significantly reduce law school tuition, graduate debt, and graduate unemployment, while preserving the considerable, but underappreciated, good in legal education. The man who sounded the general alarm with his book Failing Law Schools lays much of the blame at the feet of the professoriate, which, he says, is overpaid, underworked, and resistant to change. According to Professor Brian Tamanaha, the ABA Task Force on the Future of Legal Education, and numerous others, the principal culprits are tenure, high salaries, the shunning of adjuncts, emphasis on scholarship, and the ABA accreditation standards that prop it all up, drive up tuition, and block competition and change. Deregulate legal education, they advise, and allow the marketplace to develop leaner alternatives to the one-size-fits-all model. Specific suggestions include replacing the third year of law school with apprenticeships or lopping it off altogether to eliminate a year of esoteric filler, and replace tenured faculty with adjuncts fresh from practice.

This Article outlines the actual causes of exorbitant tuition and graduate unemployment, the pedagogical problems posed by the proposed solutions urged upon the ABA as the accrediting body for law schools, and the solutions that will preserve legal education as both a public and a private good. Part I traces the underlying causes of the crisis: too many law schools flooding a contracting job market with graduates, new schools popping up all the time as revenue centers for cash-strapped universities and predatory entrepreneurs, and tuition reflexively raised each year according to what the heretofore-endless traffic--propped up by student loans--would bear.

Part II explains how the current proposals for fixing legal education are blind to the needs of most law students at the vast majority of law schools, to their future clients, and to the need for an independent, scholarly critique of law and the legal system. It is argued that, with the underdeveloped critical-thinking and writing skills of today's college graduates and with LSATs in free fall, a faculty of predominantly full-time educators is essential to the development of analytical skills and professional competency in students. The proposed deregulation of legal education, this Article argues, is no more the solution to what ails law schools than the deregulation of banking and finance would have been with the housing and derivatives bubbles. I assert that taking legal education out of the academy and dropping it into the world of trade schools is not the answer.

Part III outlines solutions that address the crisis on both its fronts: first, by cutting tuition and graduate debt as much or more than the standard proposals, but in a way that preserves the pedagogical advances of the past 140 years; and second, by facilitating a market correction in the oversupply of law schools exacerbating lawyer unemployment even now. The first goal, it is posited, will be achieved through: (1) the adoption of a new ABA accreditation standard severely restricting the central university's diversion of law school revenues and thus disincentivizing the run-up in tuition; (2) wage concessions on the part of faculty and administrators; and (3) increased teaching loads that will lead to smaller faculties and significantly leaner operations. Progress toward the second goal, it is explained, will require the ABA and the states to enforce the current regulatory mechanisms--which constitute a doomsday machine for lower-end law schools--as LSAT scores and then bar passage rates fall. And finally, this Article urges the adoption of an additional ABA standard requiring start-up schools to prove a need for their services in order to stem the tsunami of new schools. ...

The right medicine will confront some uncomfortable truths: law faculties and administrators must sacrifice, the stream of law school revenues into the university must go dry, and the gusher of start-up schools must be capped. The specific proposals set forth in this article will accomplish these tasks, bringing tuition down to or below the level of the recommendations backed by the Task Force and permitting the law school bubble to burst and the market correction to take place. More fledgling lawyers will find work, be less burdened by debt, and charge less for their services, thereby expanding the workload, further reducing unemployment, and extending access to legal services. Equally important, the proposals above will preserve the pedagogical advances of the last century and a half in legal education that safeguard the consumers of legal services, and maintain an unfettered, independent critique of law and the legal system. It is medicine that, by simultaneously protecting the interests of law students, their future clients, and society, will treat what ails legal education without killing it in the process.

Why not simply accept what is standard practice in the rest of the common law world and make the study of law a regular academic major; one that has an undergraduate Bachelor, a professional Masters, and a research focused Ph.D. track? Why reinvent the wheel?