The Case for a $200 Federal Tax Credit for Campaign Contributions 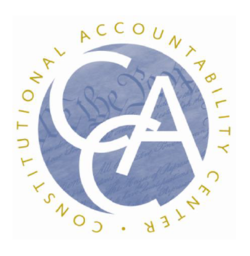 Five years after the Supreme Court’s ruling in Citizens United v. FEC, our democracy is badly broken.  Chief Justice John Roberts and his conservative colleagues have turned our Constitution’s promise of democracy of, by, and for the people on its head, striking down a host of federal and state laws designed to limits opportunities for corruption.  Meanwhile, the national conversation over money in politics has grown stale, with Congress gridlocked and unable to accomplish anything.  Now, more than ever, we need to find reforms that can bridge the divide over money in politics and help improve our democracy.

In this issue brief, we argue for a change in conversation, urging the left and the right to unite behind at least one core goal of campaign finance reform—encouraging more people to participate in our political process by donating money to a candidate of their choice.   The issue brief makes the case for a new federal tax credit of up to $200 to individuals who make a contribution to a candidate or party, which would encourage more people to participate in the political process and broaden the base of financial support for candidates.