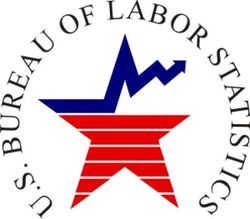 Following up on my previous post,  Steven J. Harper (Adjunct Professor, Northwestern), 2015: The Year That the Law School Crisis Ended (Or Not) -- Part II:

Part I of this series addressed the ABA rule change that will allow 2014 law graduates until March 15 — an extra month from prior years — to find jobs before their schools have to report those graduates’ employment results to the ABA (and U.S. News). That change will almost certainly produce higher overall employment rates. But relying on any alleged trend that results solely from an underlying change in the rules of the game — such as extending the reporting period from nine months to ten — would be a mistake.

This post considers a second rule change. It comes from the U.S. Department of Labor, and it’s a whopper.

The Bureau of Labor Statistics recently adopted a new statistical methodology (more here and here) for projecting the nation’s legal employment needs. Just about everyone agrees that, by any measure and for many years, the economy has been producing far more new lawyers than JD-required jobs. But the new BLS methodology declares that any oversupply of attorneys has evaporated. In fact, applying the new methodology retroactively to previous years would lead to the conclusion that the obvious glut of new lawyers never existed at all! ...

Meanwhile, weak law schools that will benefit most from the ABA and BLS changes remain unaccountable for their graduates’ poor employment outcomes as they lower admission standards to fill classrooms. Median law school debt at graduation currently exceeds $120,000, and some of the schools with the worst employment outcomes burden students with the highest levels of debt. But there’s no financial risk to those schools because the federal government backs the loans and they’re not dischargeable in bankruptcy. ...

Sometime in 2015, the synergy between the new ABA-rules allowing law schools to report 10-month employment data (discussed in Part I of this series) and the new BLS methodology projecting 41,000 new lawyer jobs annually will produce a law school chorus declaring that the crisis in legal education is over, at least in a macroeconomic sense. Indeed, the hype has already begun. Discussing the new BLS approach, Loyola University – Los Angeles School of Law professor Ted Seto observed: “If the new BLS projections are accurate, we should see demand and supply in relative equilibrium in 2015 and a significant excess of demand over supply beginning in 2016.”

The operative word is “if.” As noted in Part I, Seto’s similarly conditional prediction in 2013 didn’t come to pass. Meanwhile, only about half of his school’s 2013 graduating class secured full-time long-term JD-required employment within nine months of receiving their degrees. Average law school debt for the 82 percent of Loyola-LA law graduates who incurred debt was $141,765 — placing it 22nd (of 183) among schools whose students graduate with the most law school debt.

But even at the macro level, anyone concerned about the fate of marginal law students, exploding student debt, or the future of a noble profession should look beyond any distracting noise about the supposed end of the legal education crisis. At least for now, the real question should be whether anything has really changed — other than the rules of the game.

As the economic recovery continues and evidence emerges that the job market for lawyers is continuing its steady growth, the small group of hard core law school critics is getting a little nervous. From the very beginning the critics have been fueled by misguided notions about how markets actually work and severely challenged abilities to understand the empirical evidence of the relative health of the market for lawyers.

One recent example is an ongoing exchange between Professor Ted Seto of Loyola Law School and blogger Matt Leichter. Seto had the temerity to note that projections about future legal employment made by the BLS, long and heavily relied upon by law school critics, had recently been adjusted. Under the old, now discredited, BLS methodology it appeared that law schools, collectively, were graduating far more JDs than could be absorbed by the market. It turns out the opposite is very likely to be the case, as Seto explains quite clearly.

Now retired lawyer Steven Harper expands the critics’ new offensive with a claim that many law school deans and professors will soon declare the “crisis” to be over. He provides no basis for this claim, which he likely will suggest was purely rhetorical. It is extremely rare that “many” deans, much less “many” law professors, ever declare anything collectively to be true. I don’t know about the law schools Harper is familiar with, but we have trouble getting committees of seven people to agree on a time for a meeting. ...

Whether we admit it or not, in other words, law schools have for a long time been in the business of producing almost as many non-working lawyers as working lawyers – and that is not a function of any kind of misleading brochures handed out by marketing staff. It’s a function of the value of a JD to the many thousands of people who continue to maintain their law license even though they are not working as lawyers. That’s why the best study of the earnings premium associated with a JD – by Simkovic and McIntyre – is able to demonstrate a career earnings premium for the JD itself not for a career working as a lawyer.

oh sweet stephen diamond has re-entered the shilling game. my question: assuming our way past the correlation/causation thing, please explain the theory of *HOW* a JD, in and of itself, bestows an earnings premium.