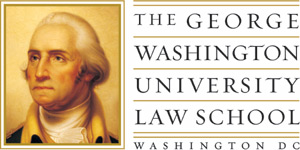 The GW Law School’s selectivity took another hit this year.

The school’s admissions rate climbed to 45.19 percent, more than doubling from the acceptance rate a decade ago. It’s a smaller increase than last year’s 13-percentage-point jump, but still puts GW in the bottom half of its peer schools that have law schools. ...

The school also enrolled nearly 100 transfer students, which could help boost its bottom line as GW’s schools fight for limited resources. ... More than half of transfers came from American University's Washington College of Law across town. U.S. News & World Report ranks GW’s law school No. 20 in the country and American’s at No. 72.

I am glad that some in the media -- even if just the legal blogosphere -- are finally paying attention to what GW Law has been doing with transfers. The school shrank its 1L class some years ago, deciding instead to transfer in large numbers of students after the first year. 97 transfers just last year alone. Well over HALF of those from my law school; which -- to say the least -- causes us quite a bit of disruption. Speaking only for myself and not in my official law school capacity, I view this practice as downright predatory. No other law school is similarly raided anywhere else in the United States. No other law school engages in this sort of practice to this degree. More troubling still for GW Law students especially is the "bait and switch" nature of this backdoor transfer trick. The "student quality" numbers (collegiate GPA and LSAT) GW submits to the accrediting and, ultimately, the ranking authorities -- like US News -- are solely those of their artificially small 1L class. GW is not required to disclose the true, overall student quality numbers -- so, it doesn't. With nearly 100 (!!) new classmates at the start of their second years, are GW students attending the same "quality" of school (myopically defined by GPA and LSAT) as advertised in the rankings? Um, don't think so. I wrote about this problem in [Diversity and Disgrace – How the U.S. News Law School Rankings Hurt Everyone, N.Y.U. Rev. L. & Soc. Change Blog (Apr. 3, 2014).] GW Law is an excellent and honorable law school. This practice is far beneath its illustrious history and reputation. Thank goodness it has an outstanding, and ethical, new dean in Blake Morant.

When you reward something, you get more of it. The U.S. News rating structure has long rewarded law schools based on the characteristics of their first-year applicants and students. By ignoring much of what happens subsequent to the first year, the U.S. News mechanism lures rational utility maximizers like the bright people in charge of George Washington University Law School into doing precisely what they are doing. If the bright people who run American University and other law schools within the GW locality don't like seeing many of their best rising 2Ls transfer to GW, we should expect to see them institute countermeasures.

This game of predator/prey, if you want to call it that, happens throughout the nation, and it affects many law schools. The GW/American example is noteworthy mostly because GW enjoys better than average opportunities to attract rising 2Ls away from other good law schools in the same city. These students would be foolish not to jump at the chance to have the name of a (supposedly) more prestigious law school on their diplomas and transcripts. The leaders at GW know this, and they are doing what good business dictates--maximizing financial gain while preserving (and even enhancing) their competitive edge.

The greater the number of highly-capable rising 2Ls GW can lure away from its nearby competitors like American, the more money GW will have at its disposal. These good students can be expected to graduate and pass the bar on the first attempt at a very high rate of success. They will be likely to secure acceptable law-degree-mandatory employment soon after graduation. They will burnish the reputation of GW throughout their professional careers. And they will probably become generous alumni who will support GW with their charitable contributions for decades to come. Meanwhile, American suffers a decline in tuition revenue from its 2L and 3L class. The students who don't transfer are possibly less capable, and may fail to graduate or to pass the bar at higher rates than those who did transfer. The less-capable students who do graduate and pass the bar may have more difficulty finding appropriate jobs, and may be less able to support American as gift-giving alums. Meanwhile, GW's U.S. News ranking remains high, or even climbs higher, while American's ranking slips. This only feeds the spiral for further rounds of similar phenomena, into the future.

It might make us feel a little better if we castigate the leaders at GW for predatory poaching, but figuring out how to make more money, within the constraints of the law, is what almost all people do, regardless of their job or official title. For countless leaders and managers who are responsible for making and adhering to a budget, one of their duties is to generate a surplus of revenue over expense, whether we call that "profit" or any other term. We have created a monster that menaces legal education. We tacitly endorse the U.S. News system, with its myriad defects, and we can't pretend to be shocked when GW and other law schools behave in their own self-interest within that system. The U.S. News rankings overemphasize selectivity, along with the UGPA and LSAT statistics of the 1L class, while ignoring these measures for the students beyond that point. They also stress questionable and manipulation-prone criteria such as "peer assessment," "assessment by lawyers/judges," "faculty resources" and "library resources." Any law school that can generate more revenue while preserving the appearance of selectivity/high applicant credentials will be rewarded with more money to spend on other aspects of the U.S. News picture.

Frankly, we need to do more than shame GW for doing what the system encourages it to do. We need to reform the system itself. That, unfortunately, is far more difficult than pointing fingers at law schools that are trying to manage their income and expenses in a responsible manner.

The US News and other ranking systems must change to include the GPA and LSAT of each transfer. A law school's ranking should be about the actual class that is likely to graduate from the law school, and not the first year class. That is going to end the transfer game for the schools that abuse the system - GW, Columbia and NYU to name a few.

Speaking as a GWU Law student who has welcomed many new classmates last fall, allow me to offer another take: WCL (American) needs to spend more time serving its students' needs and less on its deans' pet projects. That new building in Tenley is going to look great but most WCL students would prefer it spent one-fifth as much time and money on improving their careers as the faculty's offices. Being an extremely leftwing school, the idea of market competition must utterly chafe the administration, but it is a fact - students have a choice and they are telling you emphatically that even with the inconvenience and uncertainty of transferring (not to mention the school's own obstructive behavior), it's still a more attractive prospect than staying put.

WCL: Your problem isn't GWU; it's WCL. I've done something I know as a fact you haven't done (or even tried) - I've actually spoken to those students who transferred about this subject and LISTENED to them. GWU didn't exactly have to kidnap anyone or even solicit them. They came to Foggy Bottom because it was the natural destination but they were going to go SOMEWHERE else. Many enjoyed their experience at WCL but all knew the school provided lousy job prospects and showed little interest in changing that. Are you seriously interested in keeping your students? Here's some basic ideas:

1. Focus on your students' needs. (If you think you are, go to step two.). You are one of the most expensive schools in the country and that tuition isn't your birthright. Students rightfully expect at least lip service that you are going to try to help guide them into a profession in which they can pay back what you are charging them.
2. Listen to your students. Many of them have expressed their concerns loudly only to get a patronizing response from leadership. Badmouthing GWU is unprofessional and obviously isn't helping your cause any. Stop blaming another school or the students. WCL's problems are internal and far from beyond repair.
3. Give students an incentive to stay. Right now the reward for a high GPA at WCL is ... the prospect of being able to transfer to a better school. Crazy thought: Merit scholarships. Last year's top students told me they were offered nothing.

WCL is a fine school and I greatly admire many of its graduates. I hope its leadership takes to heart that it needs to listen to its students and serve their needs.

I once returned to my law school after lunch to discover that I had just missed the Harvard Law School raiding party. Imagine my dismay as I continued my education at a non-top 14 law school, all because I chose to eat out that day.

I love how he simultaneously 1) calls into question the true "quality" of GW's student body while 2) disputing said rankings of "quality". It's also amusing how he just stops short of flat out saying that American students are of lower "quality" by asking about the impact on GW students' altered learning environment. Lastly, don't students have to apply to transfer? It's not like they're carried off unwillingly by Viking beserkers, right?

Bummer for American how all of the "better" low-quality students are leaving. Must suck to be left with only the bottom half of your low-quality students, as well as the best of the mediocre who are willing to transfer in from even lower ranked schools.

The article also fails to mention the flip side: how American's rankings would suffer if they were forced to admit how many of the people who inflate their school's rank are hightailing it out of there after their first year.

"No other law school is similarly raided anywhere else in the United States."

Wait, so GW sent in a raiding party and physically carried off students like plunder???!!! My GOD, why didn't American call the cops!?

Makes me feel better about being rejected not once by GW, but twice!

If I'm a 1L at American right now, I'm faced with two options --

2 -- transfer (for about the same amount of tuition) to a law school ranked #20 that's willing to take me today.

Boy howdy, there's a tough call. Any chance Yale will call me?

I agree with Jeff. The reason to be upset about this is that it is not about the student but about gaming the USNEWS and ABA systems. Students should be able to transfer. Competition is good. But the ability to game the system this way is actually anti-competitive.

What a great example of mixing up the ends and means. Is the existence of a law school an end or is it a means to an end. Sorry, I oppose gaming the numbers and believe USN&WR needs to account for it but what's wrong with consumers having a choice.

I have to imagine budgeting at lower tiered schools is a real headache for the dean these days.

them rubes are *our* rubes.

"How dare you dilute your classes with our lower quality students! Those dolts are ours to milk for three years!"