Amar: Additional Thoughts (and Concerns) About the Low Bar Pass Rates in California and Elsewhere 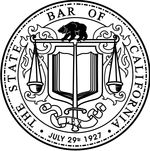 The Verdict:  Additional Thoughts (and Concerns) About the Low Bar Pass Rates in California and Elsewhere in 2014, by Vikram David Amar (UC-Davis):

About a month ago I wrote an essay for this website commenting on the drop in bar passage rates in many states in the fall of 2014. I focused on the large national decrease in scores that test takers received on the so-called Multistate Bar Exam (MBE), a 190-question multiple-choice exam that accounts for much of the entire bar exam in most states, and on remarks made by Erica Moeser, who heads the organization that makes and scores the MBE (the National Committee of Bar Examiners or NCBE), to the effect that this year’s takers were “less able.” Much has happened since I wrote that essay: on November 25, about 80 law deans (I should note my dean at UC Davis was not among them) joined in a letter to Ms. Moeser requesting that “a thorough investigation of the administration and scoring of the July bar exam” be conducted, and that “the methodology and results of the investigation . . . be made fully transparent to all law school deans and state bar examiners” so that there might be “independent expert review” of the exam’s “integrity and fairness”; on December 18, Ms. Moeser responded with a letter, and an attached essay from NCBE’s quarterly magazine that provided additional analysis and data; and other states, including the largest state, California, have in recent weeks released details on bar passage within their jurisdictions. In the space below, I analyze some of these recent developments, with specific reference to what likely accounts for the large drop in MBE performance (and thus bar pass rates in many states) this year. ...

Obviously, as mentioned earlier, much more than a school’s 25th percentile or median LSAT score goes into its bar pass rate, and year-to-year variations in bar passage are unavoidable at each school, even if student academic quality remains constantly high. There is likely no single factor that explains all of this year’s bar performance decline. But Ms. Moeser’s suggestion that we delve deeply into the admissions and academic support functions of law schools if we want to raise pass rates (as long as we have to live with a questionable device like the bar exam) is well worth heeding. And incoming admissions numbers do not bode well for bar pass rates for the next few years. In California, for example, the four schools I mentioned whose bar pass rates are at twenty-first century lows (UC Hastings, University of San Francisco, Santa Clara, and Southwestern) all have seen significant slippage at the 25th percentile in the last three years since the fall of 2011. And nationally, the number of schools whose 25th percentile LSAT score is below the national median score (i.e., 151 or below) grew again in the fall of 2012 (from 71 to 80), and yet again in the fall of 2013 (from 80 to 90), and likely grew again in 2014. Unless bar examiners across the country lower the threshold for passage (which in most states they insist they never do), or unless law schools find some new, highly effective academic success tools to help students do better on the bar—and find them very quickly—I fear that the difficult news about bar pass rates we experienced this fall will recur each year for the foreseeable future.

I'd just add that there at a large number of schools who have been admitting a large number of rather unqualified students over the past few years. Those students' results are baked into the system at this point. Unless the bar exams are made much easier, the passage rates will drop very sharply from 2014.

Aha! Law schools have reaped what they've sown. Now that it's clear that law schools' declining admission standards are largely to blame, I really hope that states' bar examiners stand up to the inevitable coming calls for them to make the exams easier. Law schools will now desperately beg and plead for some modification to the tests. Don't bail law schools out, don't *lower the bar*