Marquette Suspends Tenured Professor for Blogging, Orders Him Off Campus 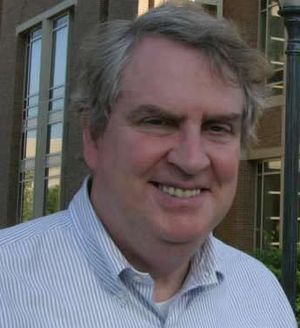 Inside Higher Ed, Suspended for Blogging:

Marquette University has suspended with pay and barred from campus the tenured professor who criticized a graduate student instructor in a personal blog, pending an investigation into his conduct.

John McAdams, an associate professor of political science at Marquette, last month wrote a controversial blog post accusing a teaching assistant in philosophy of shutting down a classroom conversation on gay marriage based on her own political beliefs. He based the post on a recording secretly made by a disgruntled student who wished that the instructor, Cheryl Abbate, had spent more time on the topic of gay marriage, which the student opposed. McAdams said Abbate, in not allowing a prolonged conversation about gay marriage, was “using a tactic typical among liberals,” in which opinions they disagree with “are not merely wrong, and are not to be argued against on their merits, but are deemed ‘offensive’ and need to be shut up.”

The story was picked up by various other blogs, and the second-year graduate student soon received critical messages via email, regular mail and online comment boards – some of which included lewd or profane remarks or threats. She also received support from academics across the country, many of whom accused McAdams of violating his ethical and pedagogical responsibilities towards all Marquette students, even teaching assistants.

McAdams defended his actions, including in an interview with Inside Higher Ed last month, saying that even though Abbate was a student, she was also a teacher with “authority” over her students. Abbate, meanwhile, accused McAdams of giving her less than a day to respond to a request for comment for his post, and of various errors and omissions in his story. Among them was not mentioning that she discussed the student’s concerns with the class at their next meeting to explain why the topic of gay marriage was not the best example of the specific philosophic principle they were studying.

Over the past month, the professor shared ongoing reactions from colleagues and readers on his conservative-learning blog, Marquette Warrior. This week, he shared the news of his suspension, saying that Marquette has “shown itself to be timid, overly bureaucratic and lacking any commitment to either its Catholic mission or free expression.”

“Whether Marquette officials really want to punish us for blogging, or whether they simply feel the need for a pro forma ‘investigation’ of changes someone has brought, we don’t know,” McAdams wrote. “Either would be gross misconduct on the part of Marquette officials. Any attempt to censor our blog not only would violate the canons of academic freedom, but would reverse years of precedent, since we have been free to criticize things going on at Marquette for nearly years now.”

Got it. Clamping down debate is good. Criticizing the clamp down will get you suspended. Wow.