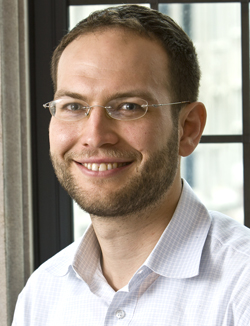 Yair J. Listokin ... examines tax law, corporate law, and contract law from both empirical and theoretical perspectives. After receiving his A.B from Harvard University, Listokin attended Princeton University, where he was awarded an M.A. and a Ph.D., both in economics. He then received his J.D. from Yale Law School. After serving as a law clerk for the Honorable Richard A. Posner, Listokin came to Yale as associate professor of law in 2006. He became professor of law in 2011. He has held visiting teaching positions at Harvard Law School and New York University School of Law.

Listokin has contributed numerous articles to academic and professional journals on topics such as shareholder power, the finances of criminal gangs, and statistical methods for the interpretation of contracts. His research has been featured in Fortune, cnn.com, The Boston Globe, and Slate. He is currently at work on a monograph exploring law and macroeconomics.