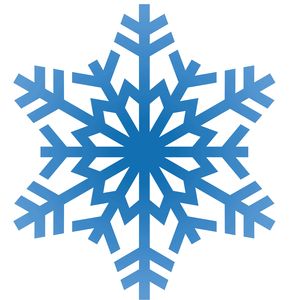 So when did law students start acting like a bunch of wimps? Cause that’s the takeaway I’m getting after these past couple of weeks. Don’t get me wrong, some pretty upsetting events have gone down recently. But that doesn’t translate into Harvard Law Students asking to delay their exams because “feelings.” It’s also bizarre to expect to go into a criminal law class and never discuss rape law. What happened? When did law students become so spineless?

There has been speculation around the web. Notably from Judge Kopf in his post Batshit crazy law students. ... And from Scott Greenfield, in The Environmental Cleanup of Toxic Academia.

It drives me crazy to think that there are law students out there with nothing better to do than wring their hands in desperation as they look at their Twitter feed and have their feelings hurt. ... You do realize you’re in law school to become a lawyer, right? Adversarial system, competition, zealous advocacy for your client, etc.? I’ve made the point before, but it bears repeating: lawyers are professional a**holes. Like, that is your job. More importantly, it’s going to be other people’s job to be an a**hole to you. ...

The practice of law is hard. Life is hard. Get used to it.

More on topic, when I was in law school (Top 10 school, about 20 years ago), we did have one week in criminal law set aside to talk about rape. Law Review students facilitated the week - and the prof was nowhere to be seen. It was a fairly useless week, filled with exhortations about public policy and "feelings" (law students leading law students, remember) and I always felt that the prof achieved a rare and triumphant cop-out in managing to set up the "innovative" programming and then get the hell out of Dodge.

As I'm sure you know, virtually every biz school worth its salt requires prior work experience as a prerequisite for acceptance, and I'm not talking about working for Radio Shack or Enterprise Rent-A-Car. I haven't seen any data in this regard, but I would have no trouble whatsoever believing that at least 50% of HBS and Wharton put in their 2 years at an investment bank or MBB. Compare to law schools, where aside from Northwestern, you can build an entire class of K-JD types whose major work experience in life was studying for standardized tests...

I wonder. Is law students thinking about social issues really that terrible? If they just wanted to make money, why didn't they go to Business School?