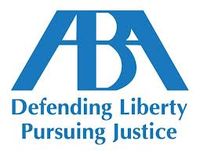 The ABA Section of Legal Education and Admission to the Bar on Thursday released Possible Revisions to the 2015 Employment Questionnaire Relating to Law School Funded Positions by Stetson Dean (and Tax Prof) Christopher Petruszkiewicz and Scott Norberg:

At its January 16-17, 2015 meeting, the Data Policy and Collection Committee will consider possible revisions to the 2015 Employment Questionnaire (EQ) relating to the reporting of law school/ university funded positions. The concern is about transparency in the reporting of some of these positions as long-term under the current reporting requirements. ...

The number of graduates reported as holding long-term, full-time Bar Passage Required positions that are law school/university funded positions has increased markedly over the past several years.

The Committee will consider a range of possible changes, including the following:

Interested parties are invited to submit comments in advance of the Committee's January 16-17, 2015 meeting, which may be emailed to Scott Norberg.

You forgot #7: do nothing. I would think of this as the odds-on favorite.

Ooh...death knell. Let the light shine: and if the rankings benefit from these positions evaporates, we all know the positions will also swiftly disappear...these "incubator programs" and what not. These positions are just a selfish band-aid on a wound (horrible legal employment prospects) that likely won't ever heal in the new normal of the legal job sector.