Against all odds, Obama, who would love to include immigration reform as part of his legacy, and Republican leaders in Congress, who want their party to be competitive in the 2016 presidential election and to show they can get things done, are likely to make a serious attempt at putting together a bipartisan, bicameral deal on immigration in 2015. The estimates presented in this article are based on numerous assumptions about which there is considerable uncertainty, so they can hardly be taken as gospel. But the central finding, concerning the large difference in the revenue effects between legal and unauthorized immigration, is difficult to dispute given the differences in average income levels and the fact that many currently unauthorized immigrants already pay tax. As Congress struggles to fix our broken immigration system, it is likely to consider many variations of S.744 and its components. Those proposals that allow a large influx of new legal immigrants — particularly immigrants with high skills—will significantly increase tax revenue. Providing new legal status for current unauthorized immigrants will not. 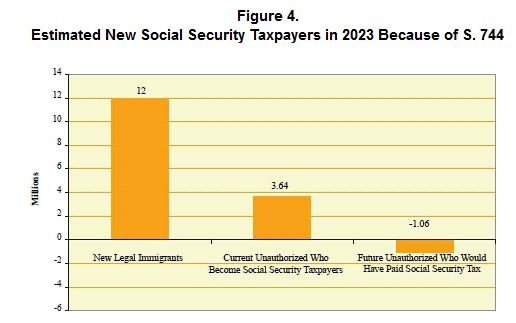 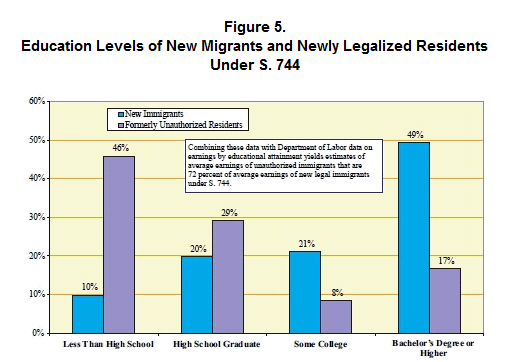