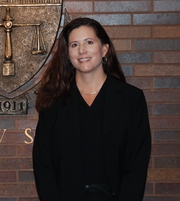 A Duquesne University School of Law professor, whose subjects include Islamic law, has sued the law school and its dean for age, gender and religious scholarship discrimination.

In a 98-page complaint detailing allegations of law school Dean Ken Gormley's deliberate actions to keep professor Susan Hascall from administrative positions and tenure, Hascall alleges the discrimination began around the time she started pointing out the law school's criteria for tenure differed from that of the overall university.

Hascall, an assistant professor of law, alleges in her complaint, Hascall v. Duquesne University of the Holy Spirit, that Gormley and others believed she had voted "no" to the faculty approving a "no confidence" vote of the university's president in the wake of his 2008 ouster of former law school Dean Don Guter. ...

One of the main discrepancies Hascall said she took issue with was that the law school handbook did not allow for Hascall to select two of the outside professors to review her academic scholarship as part of the review and tenure process, according to the complaint.

Hascall alleged in the complaint that Gormley and others only included two of the three scholarly works she submitted to the reviewing professors, leaving out one on Shari'ah law.

[The three articles apparently are:

The university said it takes seriously its obligation to ensure teachers are effective in the classroom before they are awarded "lifetime appointments" through tenure. "Students pay hard-earned tuition dollars for a legal education, and they expect to receive effective instruction, particularly in required courses that will be tested on the bar examination," the university said.

"The internal faculty grievance process found no merit in Ms. Hascall's complaints, and Duquesne is confident that its decision in this tenure matter was based on legitimate non-discriminatory reasons and that Ms. Hascall's allegations will be found to be without merit," the university said. ...

Hascall is the fourth law school professor to sue Duquesne for discrimination over hiring and promotion policies in recent years. The suits all had a theme of allegations of politics in the promotion process.

You have to admit she has a pretty weak publication record.