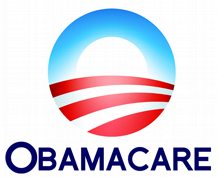 The Affordable Care Act violates the Constitution's Origination Clause: Article One, Section 7. What began as House Bill 3590 was not a "bill for Raising Revenue" because it solely covered non-taxes: spending items such as credits and recapture exclusions. Further, the Senate amendment adding I.R.C. section 5000A - the tax for lacking health insurance - was not germane to the House Bill; however, the amendment was indeed a "bill for Raising revenue" that must originate in the House.

The D.C. Circuit - in Sissel - and the District Court - in Hotze - each used a mistaken "primary purpose" test to overcome an Origination Clause challenge. Both Courts mistakenly focused on the "primary purpose" of the Affordable Care Act, rather than the purpose of the isolated section 5000A tax. As the Supreme Court in Rainey (1914) and Flint (1911) demonstrated, an Origination Clause challenge must examine the individual provision of the Act on its own merits as to germaneness and revenue raising, rather than as compared to the Act as a whole.

Thus the Sissel/Hotze primary purpose test conflicts with long-established Supreme Court jurisprudence. The D.C. Circuit should grant a re-hearing in Sissel and reverse the case. The Fifth Circuit should reverse Hotze and find section 5000A unconstitutional as a tax that originated in the Senate rather than in the House of Representatives.

Later Courts and litigants may want to separately challenge other ACA taxes, such as the "economic substance doctrine" (codified in I.R.C. section 7701(o)). Under Rainey and Flint, each tax is subject to a separate Origination Clause challenge.