Lois Lerner–the former IRS official at the heart of Tea Party targeting–is retired from the IRS. Despite being held in contempt of Congress for refusing to testify, she hasn’t been prosecuted. Yet after her long silence, her exclusive interview with Politico was anything but reticent and reserved. In it, Ms. Lerner said she did nothing wrong and considers herself  the victim.

Ms. Lerner bristled at any suggestion she had anything to do with destroying emails, switching to texts, letting her own liberal views influence her treatment of Tea Party a_holes, crazies. etc. Yet in a curious turn of events, journalist and Crapitalism author Jason Mattera showed up in her nice Bethesda neighborhood to pepper her with questions. They included such zingers as “Do you feel bad about turning the government into a weapon to crush political dissent?”

This time, Ms. Lerner wasn’t flanked by lawyers and facing softball questions at Politico. And who can blame her for not wanting to answer these questions. So she scurried to a neighbor’s house and started knocking on the door, begging to be admitted. Ms. Lerner’s day got worse when her neighbors seemed to, well, ‘Take the Fifth’ about letting her in. She  stood there on the porch, while Jason Mattera probes with barbs like, ‘it doesn’t feel good to be targeted does it?’ 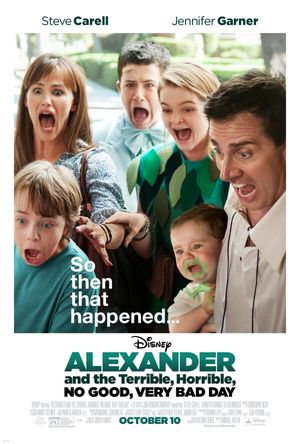 I’m not saying that anyone wants to be hounded (excuse the pun), either. But being hounded and asked questions of this sort cannot be entirely unexpected and may not even be unfair, especially after Ms. Lerner’s exclusive interview with Politico. It all sounds a little like Alexander and the Terrible, Horrible, No Good, Very Bad Day, based on the book by Judith Viorst. Just like Lois Lerner’s day, from the moment Alexander wakes up, everything goes wrong. ...

Want even more terrible, horrible, no good items? How about those rogue employees in Cincinnati doing things they shouldn’t. I’ll bet all those missing emails would prove once and for all that those rogue Cincinnatians did all the non-biased and careful review with no help from the boss. Too bad the hard drive is not available despite best efforts. Maybe Alexander had something. Maybe moving to Australia wouldn’t be such a bad idea after all?