L.A. Times: Ed Kleinbard's We Are Better Than This Is 'Moral and Farsighted' 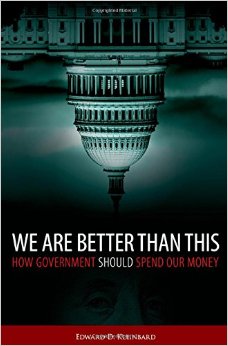 The left sees me as a Wall Street Journal Satanist, and the right as a stealth Marxian bent on destroying free enterprise," Edward D. Kleinbard was saying.

The USC law professor was referring to the reactions elicited by his recent op-ed in the New York Times, in which he asserted that the solution to economic inequality in the U.S. was not to make the tax system more progressive — it's already "the most progressive in the developed world," he wrote — but to make it bigger.

As he explained when we met last week at USC's Gould School of Law, where he has taught tax law since 2009, that would render the entire fiscal system more progressive, because it would fund more spending. Government spending is always progressive, benefiting middle- and lower-income people more than the wealthy. So: If you want to reduce inequality, expanding government is more effective than merely increasing the relative burden on the rich.

One can see why left and right alike felt that their shibboleths were being skewered.

But Kleinbard's viewpoint is both moral and farsighted. It's also an important theme of his newly published book, We Are Better Than This: How Government Should Spend Our Money.

Kleinbard also recommends capping the standard and itemized deductions, to wipe out the advantages captured by wealthier taxpayers through such breaks as the mortgage interest deduction, which he calls inefficient, inequitable and poorly targeted. (He would keep well-targeted tax expenditures such as the earned income tax credit aimed at low-income workers with families.)

But what really levels the economic playing field, he argues, is government investment. Leaving infrastructure spending to the private sector eliminates the broad social returns of such spending, Kleinbard says. Public investment, he writes in his book, provides "remunerative and dignified work for large numbers of Americans who are not destined to be software engineers." It's a triple benefit: investment in roads, bridges, dams, and air- and seaports yields long-term economic efficiencies; workers earn income; and their spending that income reverberates through the economy.

The largest single expenditure of the U.S. budget is defense, both external (DOD) and internal (DHS). The rich, middle, and bottom all benefit equally. There is no progressive action there.