Brooks: Income-Based Repayment and the Public Financing of Higher Education 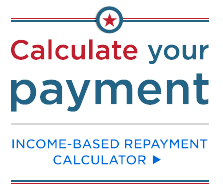 The growth in higher education costs has outrun inflation for decades, in part for reasons outside of an institution’s control. This has serious distributional consequences, given that higher education is a quasi-public good that should be consumed widely. Full public financing is a possible answer to the distributional and spillover problems, but the budgetary impact of doing so makes that close to politically impossible in the United States.

Except that the federal government has, to a first approximation, already created a system of public financing of higher education, paid for with progressive taxation: The Income-Based Repayment student loan program. As of 2010, the federal government provides essentially all student loans, and as of 2012, students may pay no more than 10% of discretionary income to service those loans. After a maximum of 20 years, the remaining debt is forgiven — for any borrower, regardless of degree, career, or debt load. Thus higher education tuition is paid by the government and funded with something that looks very much like a tax on income.

This framing raises important questions. Is this structure appropriate? How tax-like and progressive is IBR in fact, and can it be made more (or less) so? What are the risks and downsides of such a structure? This paper claims that financing higher education with a tax-like tool such as IBR is well-suited for higher education, given its economics, financial characteristics, and social benefits. Furthermore, it suggests that this sort of “quasi-public spending” model has particular benefits for large-scale provision of public goods such as higher education and health care.

I have grown to realize that the only thing American's care about when it comes to debt is monthly payments. If you can swing the monthly payment (or minimum payment) you can afford it. Such a devestating mentality for anyone who cares about building wealth.