Bloomberg:  Why Does Bernanke Want a Mortgage, Anyway? Low Rates and Tax Breaks, by Richard Rubin: 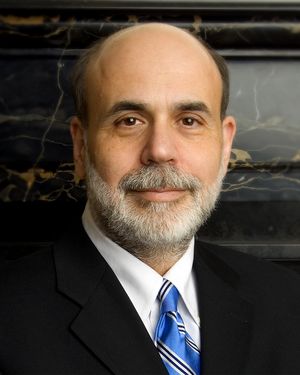 Ben Bernanke says he can’t refinance his house. ... Speaking at a conference yesterday in Chicago, Bernanke lamented tighter credit rules and said he’d been unsuccessful in trying to refinance his own home loan. “I’m not making that up,” he said when the audience reacted with laughter. ...

With his book advance and speaking fees, why does the former Federal Reserve chairman even want a mortgage? Even for the wealthiest Americans who can afford to buy their houses outright, mortgages come with a double benefit: interest rates low enough that returns on investments can beat them, and a tax subsidy that covers nearly half the interest cost.

A 15-year loan carries a 3.36 percent interest rate this week, according to Freddie Mac. And at the top federal and Washington, D.C., tax rates of 39.6 percent and 8.95 percent, the mortgage interest deduction reduces Bernanke’s real cost of borrowing even further.

Bernanke’s situation highlights a flaw in the tax code, said Harry Stein, associate director for fiscal policy at the Center for American Progress, a Washington group typically aligned with Democrats. “He can do better investing the speaking fees in the stock market than using them to pay his mortgage and own his house outright,” he said. “I can’t imagine the public policy case for subsidizing leveraged investment for affluent people and there’s just no world in which that makes sense.”