Avi-Yonah Reviews Kleinbard's We Are Better Than This 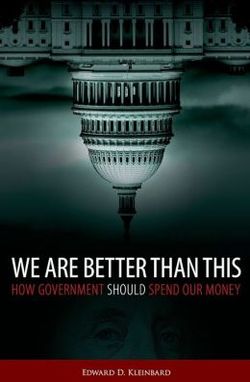 Reuven S. Avi-Yonah (Michigan), Why Not Tax the Rich? (reviewing Edward D. Kleinbard (USC), We Are Better Than This: How Government Should Spend Our Money (Oxford University Press, 2014)):

Ed Kleinbard’s new book, We Are Better Than This: How Government SHould Spend Our Money (Oxford University Press, 2014), is a well-balanced and important contribution to the tax literature. Kleinbard convincingly sets out the case for addressing inequality not through taxation but rather through spending. While the emphasis on treating both sides of the federal budget ledger with equal respect is not new (Michael Graetz, for one, said it in the 1980s), Kleinbard updates the analysis and addresses it to a wider audience. Kleinbard’s book is also well positioned as an antidote to Thomas Piketty’s obsession with taxing the rich [Capital in the Twenty-First Century].

The problem with the book, however, is that its proposed solutions [restore the pre-2001 tax rates on the middle class and lift the cap on social security] are much too narrow. These have the virtue of being (perhaps) sellable on Capitol Hill, despite the bipartisan promise not to increase taxes on the middle class. But as a solution to our inequality problem they are woefully inadequate.