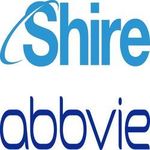 Breaking up hurts, but a tax write-off can help ease the sting.

The $1.64 billion termination fee AbbVie would owe Shire for nixing their takeover deal is tax-deductible, experts say. Other transaction expenses, including fees paid to its advisers that are likely to reach into the millions, may also be deductible.

It’s one final tax twist in the ill-fated $54 billion deal, which would have seen Illinois-based AbbVie reincorporate in the U.K. for tax purposes. The deal eventually fell apart after the U.S. Treasury Department moved to discourage such corporate emigrations, known as inversions.