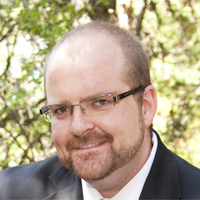 The ability for deferral of home country taxation on multinationals’ foreign earnings within the U.S. tax code creates an incentive for firms to avoid or delay repatriation of earnings to the U.S. Consistent with this notion, prior research has documented a substantial lockout effect resulting from the current U.S. worldwide tax and financial reporting systems. We hypothesize and find that U.S. domiciled M&A target firms with more locked-out earnings are more attractive M&A targets for foreign bidders and are more likely to be acquired by foreign bidders, compared to domestic bidders. The effect is economically significant; a standard deviation increase in our proxy for locked-out earnings is associated with a 14% relative increase in the likelihood that an acquirer is foreign. We also examine the impact of the home country tax system of the foreign acquirers. Because multinationals facing territorial tax systems are able to shift income to save taxes to a greater extent than firms domiciled in worldwide countries, the advantages for a foreign firm acquiring a U.S. target with locked-out earnings are potentially greater when the foreign firm operates under a territorial tax system. We find that foreign acquirers of U.S. target firms with locked-out earnings are more likely to be residents of countries that use territorial tax systems.