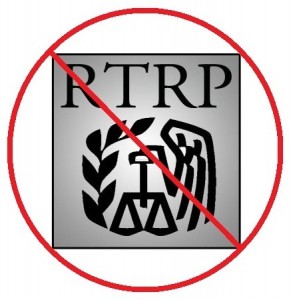 Two certified public accountants (CPAs) filed a class action complaint in the United States District Court for the District of Columbia earlier today challenging Internal Revenue Service (IRS) regulations requiring tax practitioners to annually register and pay a fee to the agency to obtain and maintain a preparer tax identification number (“PTIN”).  The class action involves more than 700,000 individual practitioners.  It seeks an injunction barring collection of the fee and recovery of the more than $150 million in fees the IRS has collected since 2010.

The challenged regulations were issued several years ago as part of a broad IRS initiative to radically expand its oversight of attorneys, accountants, and other tax return preparers who prepare tax returns for compensation.  Earlier this year, the D.C. Circuit Court ruled that large portions of the regulations issued by the IRS were invalid because the IRS lacked statutory authority to issue the regulations. Loving v. United States, 742 F.3d 1014 (D.C. Cir. 2014).

Congress allowed IRS to require practitioners who prepare returns for compensation to place a PTIN on the returns to help IRS identify the preparer.  The plaintiff CPAs contend that the IRS lacks statutory authority, however, to charge fees to obtain or renew a PTIN and the IRS cannot use fees it has collected for unrelated activities.  The IRS uses only a small portion of the fees collected to pay the vendor who manages the on-line PTIN registration process and uses the bulk of the fees for other IRS activities. Plaintiffs seek restitution of the fees collected by IRS in the past and injunctive relief barring the IRS from collecting similar fees in the future.

“If an agency can charge U.S. citizens to fulfill a requirement, then an agency can tax,” said plaintiffs’co-counsel Allen Buckley of Atlanta, Ga. “Unlawfully, the IRS has been taxing Americans.” According to co-counsel Stuart Bassin of Washington, D.C. “the courts have rejected the IRS’s effort to regulate return preparers and it is time for the IRS to return the PTIN registration fees it has collected to support that effort.”