Burger King: It's Not the Taxes. Experts: Dollars to Doughnuts, That's a Whopper

Bloomberg:  Burger King: It's Not the Taxes. Experts: Dollars to Doughnuts, That's a Whopper, by Zachary R. Mider: 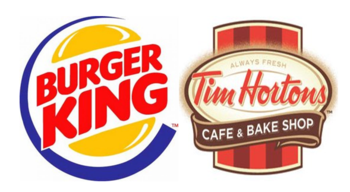 While Schwartz’s statement may have blunted criticism from U.S. politicians who are calling the Miami-based hamburger maker’s address change a tax dodge, it’s hard to square with the reality of the countries’ tax laws, according to experts on both sides of the border. “If they don’t see any tax benefits going forward, they are probably not looking very hard,” said Edward Kleinbard, a tax professor at the University of Southern California and a former partner at New York-based Cleary Gottlieb Steen & Hamilton LLP.

Kleinbard and other authorities [Reuven Avi-Yonah, Dick Harvey, Robert Willens] said in interviews that Burger King will almost certainly reduce its taxes because Canada’s corporate income tax system is simply less expensive for multinational companies. Canadian companies can collect dividends from most foreign subsidiaries without paying more tax in their home country -- an advantage over the U.S., which is one of the few countries that apply a second layer of tax on foreign income.

On top of that, companies in British Columbia pay 26 percent corporate income tax, compared with the 35 percent U.S. federal rate. Burger King filed plans last week to form a new parent company in the Canadian province as part of the purchase of Tim Hortons Inc., based in Oakville, Ontario, for $11.2 billion. Burger King declined to comment on its tax plans beyond the statements by Schwartz and other executives last week.

I prefer the simpler and more obvious explanation. BK's CEO knows this means less taxes and is simply lying. Someone could test that by asking him if BK would give all the tax money saved--which he says is none--to charity.