Following up on my recent post, Record Numbers of Americans Are Renouncing Their U.S. Citizenship:  Forbes, U.S. Hikes Fee To Renounce Citizenship By 422%, by Robert W. Wood: 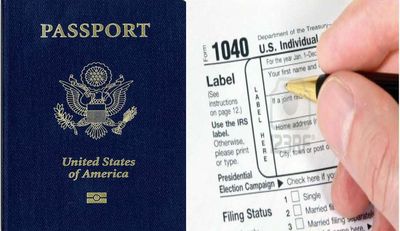 Over the last two years, the U.S. has had a spike in expatriations. It isn’t exactly Ellis Island in reverse, but it’s more than a dribble. With global tax reporting and FATCA, the list of the individuals who renounced is up. For 2013, there was a 221% increase, with record numbers of Americans renouncing. The Treasury Department is required to publish a quarterly list, but these numbers are under-stated, some say considerably.

The presence or absence of tax motivation is no longer relevant, but that could change. After Facebook co-founder Eduardo Saverin departed for Singapore, Senators Chuck Schumer and Bob Casey introduced a bill to double the exit tax to 30% for anyone leaving the U.S. for tax reasons. That hasn’t happened, but taxes are still a big issue for many.

To leave America, you generally must prove 5 years of U.S. tax compliance. If you have a net worth greater than $2 million or average annual net income tax for the 5 previous years of $157,000 or more for 2014 (that’s tax, not income), you pay an exit tax. It is a capital gain tax as if you sold your property when you left. At least there’s an exemption of $680,000 for 2014. Long-term residents giving up a Green Card can be required to pay the tax too.

Now, the State Department interim rule just raised the fee for renunciation of U.S. citizenship to $2,350 from $450. Critics note that it’s more than twenty times the average level in other high-income countries. The State Department says it’s about demand on their services and all the extra workload they have to process people who are on their way out.

The point is not the numbers at all. The point is people like these are now being forced to line up to renounce. http://youtu.be/9TWuO5dBYjo

A bit of picking and choosing of numbers to made things sound dramatic. In 2013, 750 Americans renounced citizenship. That's 1/3 of 1% of the traffic through LAX (LA International Airport) on a single day. At that rate, assuming no births or deaths or in-migration, we'll run out of Americans in 4 million years.