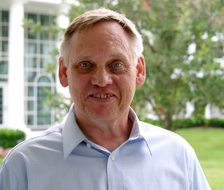 On July 16, the D.C. district court decided Ridgely v. Lew, Civ. No. 1:12-cv-00565 (CRC). It invalidated part of 31 C.F.R. sec. 10.27, restricting the ability of practitioners to charge contingent fees for services in connection with original returns, amended returns, and refund claims. The purported statutory authority for section 10.27 is 31 U.S.C. sec. 330(a), allowing Treasury to “regulate the practice of representatives of persons before the Department of the Treasury.”

In Loving v. IRS, 742 F.3d 1013 (D.C. Cir. 2014), a panel of the circuit invalidated regulations set out in 31 C.F.R. secs. 10.3 to 10.6 regulating return preparers. Affirming the Loving district court, the panel held that preparers are not “representatives” engaged in “practice” before the IRS, thus that Treasury lacked statutory authority to promulgate the regulations. The government chose not to seek Supreme Court review.

Loving, of course, has been quite controversial and has occasioned much commentary. My view, developed in Loving and Legitimacy: IRS Regulation of Tax Return Preparation forthcoming in the next issue of the Villanova Law Review, is that Loving was correctly decided. The “practice” rationale is not strong, but the “representative” rationale is sound, in my estimation. Cf. All Party Parliamentary Group on Extraordinary Rendition v. United States Dep’t of Defense, 2104 WL 2721381 (D.C. Cir. June 17, 2014) (FOIA case in which the court followed and applied Loving’s definition of “representative”).

The Ridgely plaintiff is a CPA. He brought suit under the Administrative Procedure Act and the Declaratory Judgment Act, arguing that the sec. 10.27 restrictions exceed Treasury’s statutory authority insofar as they apply to the preparation and filing of “Ordinary Refund Claims.” The Ridgely court followed Loving, finding that CPAs who advise as to and prepare Ordinary Refund Claims are not representatives practicing before the IRS. The result is not a big surprise. The government’s half-hearted attempts to distinguish Ridgely from Loving were easily brushed aside, and the district court obviously wasn’t going to disagree with its circuit court. If one believes Loving was correctly decided, then Ridgely too was correctly decided.

As to Ridgely’s aftermath, four thoughts.

The first is obvious. The outcomes of Loving and Ridgely will engender a lot of additional cases challenging other portions of Circular 230, and of course plaintiffs will bring these cases in the DC district. One can readily imagine other Circular 230 rules at risk.

Second, such litigation may be complicated by an ambiguity in the Ridgely opinion. Just what are Ordinary Refund Claims? In the first paragraph, the opinion defines them as “refund claims that practitioners file after a taxpayer has filed his original tax return but before the IRS has initiated an audit of the return.” But three paragraphs later, the opinion states: “A taxpayer may file this type of claim after he has filed his tax return or during the course of an examination, but prior to filing suit in court for a refund.” It would be too broad to read even the second formulation as saying that everything that happens before litigation is non-practice and beyond the reach of Circular 230. But these formulations do create the potential for confusion. Is there a line of demarcation, a place in the process before which there clearly isn’t sec. 330 practice but after which there clearly is sec. 330 practice? Such clarity may be hard to achieve. The IRS doesn’t have just one process; it has many, depending on the activity in question. And various kinds of taxpayers’ advisors, helpers, and agents have varied rights and functions, depending not just on their titles but again on the particulars of the process engaged. Much difficult line drawing may lie ahead.

Third, Ridgely perpetuates a cramped and antiquated notion of tax return processing and administration. The Loving district court anchored its “practice” rationale in its conception that there are “three stages of [taxpayer/IRS ] interaction” in the process by which “the IRS resolves disputes about tax liability.” They are assessment and collection, examination, and Appeals Office and judicial review. 917 F. Supp. 2d 67, at pt. IA. This conception emanates from a deficiency-oriented vision, a vision that money flows in the tax system in only one direction: from the taxpayer to the government. But one of the more salient critiques of Loving is that this vision does not reflect what our system has evolved into. The money flow now is in both directions. Because of refundable credits (both excess withholding and the expanding array of incentive/redistribution credits Congress has added to the IRC), the 2012 IRS Data Book reports that 82% of 2012 individual income tax returns resulted in payment of refunds, averaging nearly $2700 per return. (As to these and related matters, see the 2013 Tax Notes articles of Commissioner Gibbs, National Taxpayer Advocate Olson, and Professor Camp and the amici brief submitted by Commissioners Caplin, Cohen, Gibbs, Goldberg, and Rossotti.)

Unfortunately, the Ridgely court parroted the Loving district court’s three-fold characterization of the process. Such things may be inevitable when adherence to precedent intersects a generalist court exploring a specialized area. Nonetheless, it is regrettable that law is being made via enshrinement of a fallacy.

Fourth, the closing of one door may cause the opening of another door. Legislation has been introduced to overturn Loving, but the bills seem not to be rolling in an irresistible tide towards enactment. To the extent Loving and Ridgely are applied to invalidate more and more portions of Circular 230, even this Congress may be roused from torpor. I’m not holding my breath on this, but multi-facetted organisms and systems tend to adjust. The more of Circular 230 the courts find to be beyond the pale of sec. 330, the greater the pressure may become to amend sec. 330.

YES. JUST SHOWS THAT IF THIS LEVEL OF ENFORCEMENT IS NECESSARY THAN THE BEST SOLUTION IS TO CHANGE THE TAX SYSTEM TO ONE BASED ON CONSUMPTION AND ELIMINATE THE NEED FOR 70,000 PAGES OF TAX CODE THAT CREATES THIS OTHERWISE UNSOLVABLE CONFLICT BETWEEN THE TAXPAYERS, THEIR PROFESSIONALS AND THE GOVERNMENT.

Not a word about how this decision is another instance of IRS overreaching being struck down. Is there a tax professor out there who is not pro-IRS, pro-more taxes?