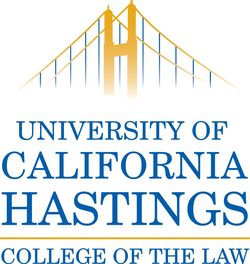 Frank Wu is ready. He's got visual aids, the assistance of a research analyst, and a laptop that's booted and flipped open. His sleeves are rolled up and he's set to talk rankings. It's a presentation the dean of UC-Hastings College of the Law has given before.

Wu is trying to pull Hastings out of a yearslong dive in the rankings. The school was ranked 19th by U.S. News and World Report in 1992, and 42nd when Wu arrived in 2010. This year, after it slipped to 54 from 48, Wu wrote to reassure students and alumni that despite getting clobbered by the bleak hiring climate, UC-Hastings remains among the top law schools in the nation. ...

Like most deans, Wu has plenty of gripes about the rankings, but says he can't afford to ignore them. "Prospective students care. Our faculty care, staff care, alumni care, I care. Our board cares. If I stood up and said, 'I don't care about U.S. News. I'm going to pay no attention to U.S. News,' if I used obscenity and other inappropriate language, I would be removed of my responsibilities," he said. "So, U.S. News is a looming presence, and to rail against it is futile." ...

[T]he school's tumble in the rankings has created an opening for critics. Wu's a talker more than a listener and his in-your-face style is not always welcome. ...

The dean is also taking heat from graduates unhappy with the school's downward trajectory in the U.S. News rankings. "There isn't a day that goes by when I don't go out and have some alum berate me," Wu said. ...

In 2012, UC-Hastings reduced its incoming class by nearly 100 students. To cover the loss of tuition revenue, Wu cut the equivalent of 23 full-time staff positions. The school also raised in-state tuition nearly 30 percent between 2010 and 2012. Since then, it has remained roughly unchanged at approximately $48,000, and Wu is pushing hard to raise revenue through fundraising, bringing in about $6 million in the 2012 fiscal year.

"Some credit is due for keeping tuition flat," said Kyle McEntee, executive director of the nonprofit Law School Transparency. However, McEntee notes that holding "really high" tuition stable isn't exactly a win for students. California law schools such as UC-Irvine, Pepperdine University, Santa Clara University and the University of San Diego have done a better job of controlling tuition, he said.

[T]he biggest drag on Hastings' rank is student employment rates. U.S. News weighs the percent of grads employed in full-time, permanent jobs for which a law degree is a requirement or an advantage. Only 47 percent of last year's Hastings grads could claim that distinction.

Wu has joined with other California law school deans in demanding U.S. News change its methodology, which they say penalizes schools in states with high overall unemployment. 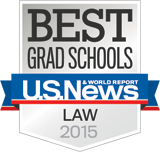 The “California effect” on our rankings has nothing to do with the quality of education our schools provide. So we proposed to U.S. News to normalize the employment data on law schools the same way they do for differing state bar passage percentages. If a law school’s graduates pass their state bar at a 70% level, that means something different about the law school’s quality if the overall state bar passage is 80%, or if it is 60%. So, U.S. News normalizes for the bar passage rate of the state. They should do the same for employment. Otherwise, law students in entire states like California will be penalized in the rankings not because a lack of quality of their training, but instead due to economic factors beyond their control.

Below I share the full chart showing the significant U.S. News rankings downtrend in California. May I kindly ask that you share this chart and my comments here with your readers?

A far more destructive consequence to U.S. News rankings is the over reliance on the LSAT score and the first undergraduate GPA. That information is not a panacea. It's a data point. But it's not much more predicative of a person's success in law than the flip of a coin according to LSAC's own data.

So basically you've got a more than even chance of being financially destroyed by this law school. Stop the federal loan funds - close it now.

A school's placement rate should directly impact their ranking. If law schools operated in a market driven manner, then this should drive them to more actively assist students in getting placements. Of course, if your school is only a cash cow and not really delivering good and useful legal knowledge to students, I can understand why you would not want to actively get them into the public eye and risk embarrassment.

Whatever the reason--if students are less likely to find employment in California, they should be made aware of the fact. A 48% placement rate makes Hastings less valuable to prospective students. Does it matter whether the cause is out of the college's control?

"It's not worth paying so much attention to US News in the first place. "

It's worth pointing out here that Eric Rasmusen is not an attorney (I think he's a biz school prof) and therefore has no firsthand experience of how legal hiring operates. I'll try to translate for him: saying that US News rankings have no role in legal hiring is like saying that the undergrad rankings have no role in hiring on Wall Street or at MBB.

What a farce. These academic thieves have been peddling useless degrees to get student loan cash for years. Close these law schools down now!

I was misquoted. Here is the last thing I wrote to the author of The Record piece:

"I think it's more that it isn't really much different in (very) high price than all of the UC's, except for Irvine which is slightly less in total tuition and fees, and Pepperdine, Santa Clara, and San Diego. The latter three are all slightly less expensive too.

The important takeaway is that none of these schools are really priced all that differently on the surface."

There is no law school at UC San Diego. There is one, however, at the University of San Diego. I will give Dean Campbell the benefit of the doubt and assume that this error was created between his post and publication. That's right, isn't it?

LOL at awful legal employment being "no fault of the California law schools." As if their job was to prepare graduates for employment?

Not to be a jerk, but where was California's concern when it benefited them but this weighing mechanism went against poorer states (West Virginia, Kansas, etc) that have never had great economies? The quality of education in those states have always been judged by this rubric, and yet it is only NOW that it is unfair? I call shenanigans...

"However, McEntee notes that holding "really high" tuition stable isn't exactly a win for students. California law schools such as UC-Irvine, Pepperdine University, Santa Clara University and the University of San Diego have done a better job of controlling tuition, he said."