Florida Lawyers' #1 Problem: Too Many Lawyers (and Law Schools) 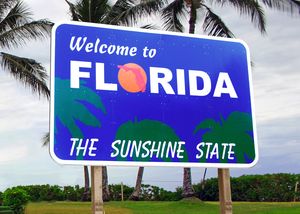 ABA Journal, The Most Serious Problem Facing Lawyers? Too Many Colleagues, Say About Half of Florida’s Lawyers:

The most serious problem facing the legal profession today is too many lawyers, according to about half the attorneys who responded to a Florida Bar survey last year.

Florida’s legal sector peaked higher and troughed harder than the rest of the southeast and the country.

Although, the surveyed lawyers have a point: It’s also true, as the article points out, that the number of law schools in Florida needlessly doubled over the last 15 years or so. Unhelpfully, the article publishes law schools’ unemployment rates rather than my preference: percent employed in bar-passage-required jobs, full-time/long-term excluding law-school-funded jobs. Here’re Florida’s law schools’ 2013 results:

In general, Florida’s law schools are doing worse than the regional and national averages.

I'm trying to figure out how this idea (we have too many lawyers) fits with the proposals to turn law school into a two year program (which presumably would make it easier to go to school... and thus generate, yes, more lawyers).