WSJ: Offshore Accounts: What to Do Now Before FATCA Kicks in on July 1?

The federal government's campaign to track down money held by U.S. taxpayers in foreign countries shifts into high gear July 1.

That is when the main provisions of the Foreign Account Tax Compliance Act, known as Fatca, come into force.

The law, which Congress passed in 2010, is pushing tens of thousands of foreign banks and other financial institutions to disclose information about U.S. customers. It will make life more complex and expensive for many U.S. taxpayers with financial ties abroad, affecting everything from retirement savings to investments to divorce settlements. 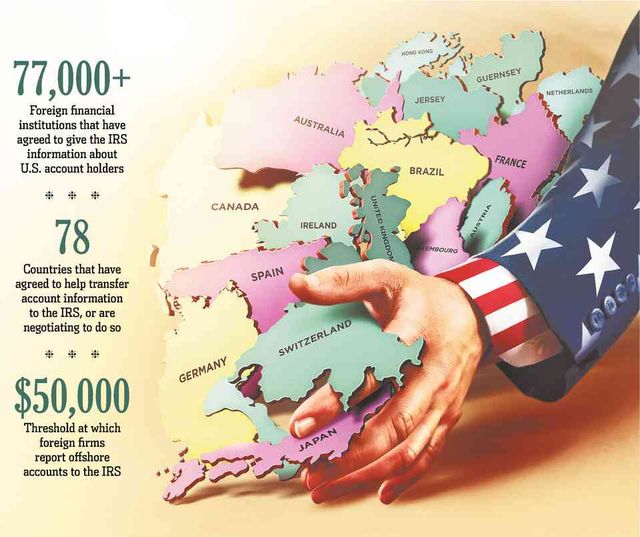 "Fatca is an ambitious effort to root out wealthy U.S. taxpayers hiding money offshore and put an end to tax evasion as a profitable line of business for banks," says Michael Graetz, a Columbia University law professor and former top U.S. Treasury Department official. "But U.S. authorities need to make an effort to avoid catching innocent middle-class citizens in its net." ...

[M]ore than 77,000 banks and other financial firms abroad have agreed, effective July 1, to report data on U.S. accounts, including 784 in Singapore, 13 in Albania and four in Chad.

Until then, here is a rundown of issues you need to know about—whether you are a U.S. citizen living or working abroad, a foreign citizen working in the U.S., a U.S. resident with assets abroad or a green-card holder living abroad.

The Internal Revenue Service has an urgent new message for U.S. taxpayers who intentionally hid money at 10 offshore banks: Step forward before Aug. 4.

On Wednesday, the agency announced changes to its programs for taxpayers with undeclared offshore accounts, the latest step in a five-year campaign against such accounts held by U.S. taxpayers. The modifications greatly eased penalties for people who were unaware of tax and disclosure requirements.

At the same time, the IRS sharply raised the typical penalty for people in its limited-amnesty program who intended to cheat. The fine will rise to 50% from 27.5% of the highest account balance if it is publicly known that the bank or other firm is under investigation by the IRS or U.S. Justice Department.

In a little-noticed advisory published after the announcement, the IRS released a list with 10 firms currently under investigation whose clients could be subject to the 50% penalty. It also disclosed that the higher penalty would take effect on Aug. 4.